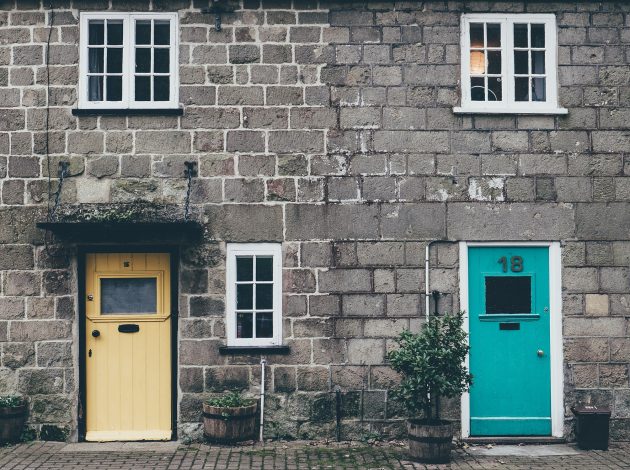 Andy  Teague explains how ONS will be estimating the number of rooms and bedrooms at an address as part of preparations for the 2021 Census.

Today ONS has released its first assessment of Valuation Office Agency (VOA) data as a potential source for estimating the number of rooms and bedrooms at an address.

This follows a commitment we made in response to the previous consultation on topics for inclusion in the 2021 Census (see Housing Topic report PDF). We recommended that it wasn’t appropriate to continue asking two questions designed to meet a single information need.

We’ve explored administrative data as an alternative approach to provide information on number of rooms and bedrooms. This is with a view to potentially not asking one or both of these questions in the 2021 Census.

The number of rooms has been collected since the 1891 Census and a question on the number of bedrooms was introduced in 2011. This information allows local and central government to:

Based on initial analysis, it’s our view that – with some further development – VOA data has the potential to replace one or both of the questions on rooms and bedrooms in the 2021 Census.

We’re inviting users to explore the data and take part in a consultation to tell us what impact this could have.

The VOA data holds information on properties including number of rooms and bedrooms for addresses across England and Wales. The data is checked and updated whenever VOA visits the property, or through its communications with billing authorities, builders, developers and the public. Moving to VOA as a data source would allow us to produce more frequent and timely estimates.

As with many administrative data sources, there are definitional, coverage, timing and data collection differences between the 2011 Census and VOA data.

The census collects the number of rooms and bedrooms available to a household, whereas VOA collects it by address. The definition of rooms is slightly different in VOA as well – for example kitchens, utility rooms and conservatories aren’t counted.

To understand the extent of the differences, we’ve compared the VOA data estimates from 2011 for rooms and bedrooms against those produced from the 2011 Census.

The agreement rate for rooms (where census and VOA record the same number of rooms at an address or household) is 16%. This might seem low, but it reflects the different definitions used and rises to 85% when adjustments are made for definitional differences and the quality of the census data.

Figure 1: Distribution of differences in number of rooms between Valuation Office Agency and 2011 Census, addresses in England and Wales 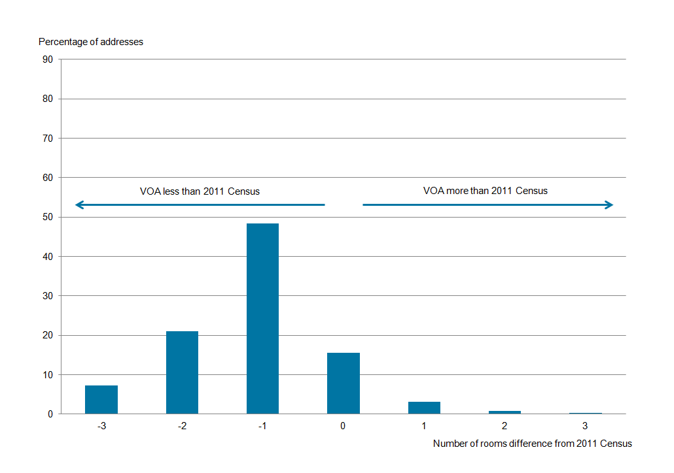 The agreement rate between the VOA data and the 2011 Census for bedrooms is 76%. The VOA definition of bedrooms doesn’t include those smaller than 2m x 2m (as they can’t hold a single bed). This could explain the difference.

We’re asking users to take part in the consultation so we can understand the impact this could have on services, policy development and evaluation and other uses of the data. Our report includes summary analyses and an output analysis tool to explore and see what this means for each geographical area.

We’ll evaluate responses to the survey based on the strength of impact on uses of the data. We’ll then weigh this up against the benefits of having the information available more frequently.

This will, in turn, inform our recommendations on the topics for collection on the 2021 Census. These will be set out in a White Paper scheduled to be laid before Parliament in 2018. 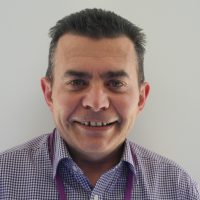 ONS wins Innovation of the Year award
Beyond GDP: Measuring the economic well-being of individuals