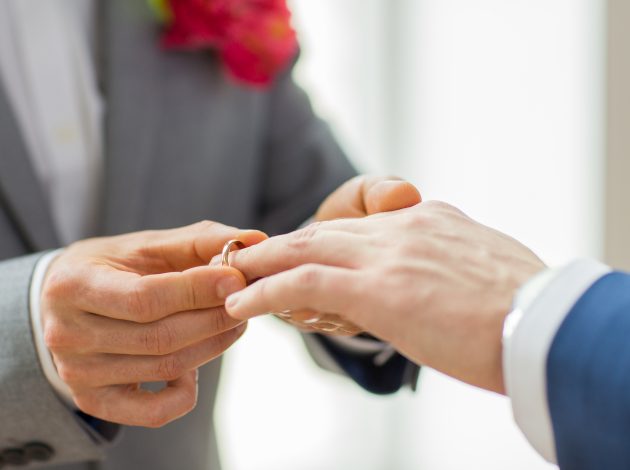 The ONS this week published its second full year of data on marriages of same sex couples. Melissa Randall explains how these stats add to ONS’s work to improve data on sexual orientation.

Today marks the fifth anniversary of the first couples who married a partner of the same sex in the UK.

Now, the Office for National Statistics (ONS) has been able to publish its second complete annual data on marriages of same-sex couples and conversions of civil partnerships in England and Wales – meaning that for the first time, researchers can compare one full year to the next.

This data will help show what life’s like for the lesbian, gay and bisexual population and show trends including how many same-sex couples choose to marry, how many hold religious ceremonies rather than civil ceremonies and how many choose to convert existing civil partnerships.

Figures for 2017 to 2019 will be published in the next few years due to delays in the submission of marriage entries by the clergy and registrars.

These statistics add to on-going work at the ONS to improve the quality and amount of data available on sexual orientation – something we have been working on since 2006 when we launched our Sexual Identity Project.

We have also revealed our recommendation to include a voluntary question on sexual orientation for the first time in the 2021 Census in the government’s Help Shape Our Future White Paper.

It is the latest step by the ONS to improve the amount of data on the lesbian, gay and bisexual population – data that can be used for monitoring equality.

There is an increasing demand for robust data to monitor equalities and to help us understand more about the society that we live in. These data help organisations provide services and develop policies that help improve the lives of everyone.

Looking to the future at the Data Science Campus
Married by 30? You’re now in the minority