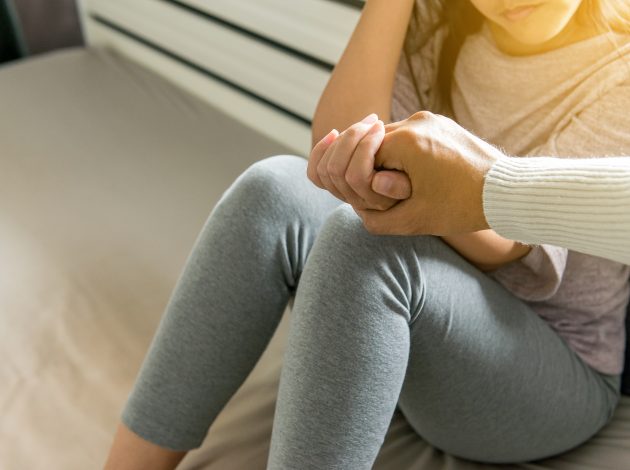 Every year, organisations and communities come together on World Suicide Prevention Day to raise awareness of how we can create a society where fewer people reach the point where they feel suicide is their only option.  Ben Windsor-Shellard from ONS and Charlotte Simms from Samaritans reflect on the latest suicide figures for young people.

Last week, the Office for National Statistics (ONS) published the latest 2018 statistics about suicide in the UK. Sadly, the latest statistics showed an increase in the overall rate of suicide in the UK, following a period of steady decline. Exact reasons for the increase are unknown, however, the latest data show it was largely driven by men and may have been affected by changes to how coroners approach deaths caused by suicide in England and Wales.

The latest data also show that something has changed for young people, those aged 10 to 24 years. While this group continue to have low numbers of deaths and the lowest rates of suicide when compared to other age groups, in recent years they have seen some of the largest increases in their rates.

The rate among 10 to 24-year-old females has increased by 83% since 2012 to its highest recorded level in 2018. Males of the same age also saw a 25% increase in their rate from the previous year.

Last week’s statistics will be painful and personal for many people. Behind every statistic is an individual, a family, and a community devastated by their loss. At the ONS, we will continue to monitor the recent increases to help inform decision makers and others that are working to protect those most at risk.

Why are increasing numbers of young people losing their lives to suicide?

Suicide is complex and rarely caused by one thing. The reasons people take their own lives differ from individual to individual. But we know that risk builds up over time and, in most cases, young people who die by suicide will have experienced:

Of course, most young people who go through these experiences will not go on to take their own lives.

While we don’t know enough about why rates are increasing, there are some new challenges that may provide an explanation. Below, we talk about two of these challenges, self-harm and harmful online content.

Self-harm among young people is on the rise

Over the past two decades, rates of non-suicidal self-harm have increased across the population. Self-harm is more common among young people than other age groups, particularly young women, and this is where we’re seeing the biggest increases too. In England, the proportion of young women who said they had self-harmed increased by 13% between 2000 and 2014.

Self-harm has a strong relationship to suicide. While most young people who self-harm will not go on to take their own life, reducing rates of self-harm is important for suicide prevention.

Samaritans are undertaking a programme of research and policy work to ensure people who self-harm get the support they need. As a first step, Samaritans will be surveying people who have a history of self-harm. Further information, including how to get involved, can be found here.

Society can access a huge amount of information online and through social media. There has been a lot of media coverage recently around suicide and self-harm and the online environment.

The internet has positive and negatives for young people. Some online imagery can glorify, sensationalise and normalise self-harm. But sharing images or talking about self-harm on social media can also be a way to communicate distress, to share journeys of recovery, and to provide support and information to others.

Samaritans is working in partnership with online providers to maximise the positive side of the online environment, while reducing the possible harms for young and vulnerable people. They are also developing new services to help people access emotional support in the ways that suit them, including an online chat service, a self-help tool, and a peer support tool. These should be available next year.

Professor Ann John, Chair of the National Advisory Group to Welsh Government on Suicide and Self Harm Prevention, discusses what these suicide stats mean for decision makers in the UK:

“In recent years suicide rates in the population as a whole have generally been declining. However, at the same time, rates of suicide among teenagers and young adults have been going up. The latest statistics confirm that this trend is continuing, which is a concern and something we need to understand.

“To help prevent suicide among young people, initiatives should focus on factors that are contributing to their risk. Programmes designed to reduce rates of self-harm are important, such as school, college, university, or work-based activity aiming to support young people with emotional coping mechanisms and how to seek appropriate help. These days, young people are frequently sharing their experiences of self-harm online, and therefore working with online providers is also key. Supporting young people, their mental health, ensuring that they develop the confidence and optimism to find their place in the world has never been so important.”

What’s in a name? There’s more than you might think to the ONS baby names list
Measuring the invisible – improving our understanding of UK trade in services