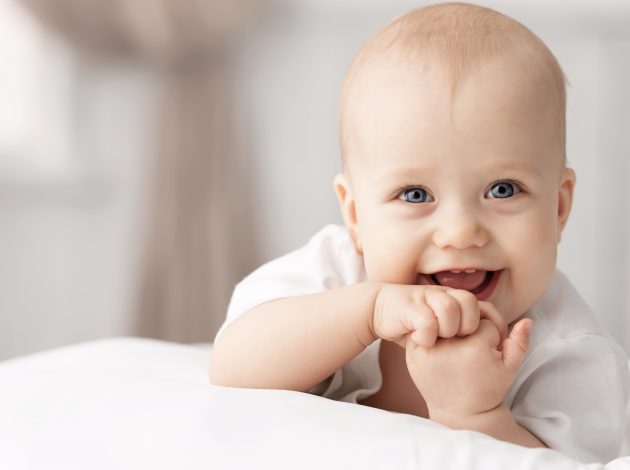 The annual release of baby names by the ONS may not be the most significant event in the statistical calendar. Yet it remains one of the most popular pages on the ONS website and a firm favourite with the news media. Here Nick Stripe argues in defence of baby names lists. Far from being inconsequential, he argues, the annual changes hint reliably at the social and cultural changes underway in our population.

Here at the Office for National Statistics (ONS) we publish and rank the names given to every baby born in England and Wales. The latest list, for babies born in 2018, confirms again that Oliver and Olivia have been the most popular names given to baby boys and girls in recent years.

Every year, many commentators conclude that if you add up all the different ways of spelling Muhammad, it would be the most popular boys’ name. There is a clear rationale for doing so, as each spelling simply reflects an alternative transliteration of the name from different languages into English.

We don’t add together names with similar spellings, or names with the same historic derivation. To do so would soon take us into the realms of subjectivity. Adding up all the different ways of spelling Oliver last year, for example, including shortened versions such as Ollie, would have pipped all the Muhammads. You can try the same with all the Harrys, Harris’ and Harrisons. Some might even want to add in all the Henrys as well. Prince Harry is called Henry, after all.

The problem with disappearing down this interesting rabbit hole, is that we miss out on so much. By diving into the rich detail of the data instead, real stories of social and cultural change start to emerge.

Back in 1996, when we first published annual lists of baby names with full counts, the top boys’ name was Jack. There were 10,779 baby Jacks, a whopping 3.2% of all baby boys born that year. Now the number 1 name is given to only half that proportion of baby boys. About 1 in 4 (24%) baby boys were given a name in the top 10 in 1996, whereas now it’s only about 1 in 8 (12%). This increasing diversification in naming has taken place every single year since 1996, for both boys and girls. It was probably happening for many years before that too.

So what is going on? A number of intertwining changes to our culture and society are likely to be influencing our choices.

Firstly, there has been a decline in Christianity and church attendance. Hugely popular names from the 20th century such as John, Paul, Mark, Matthew, Simon, Christopher and Peter all had clear roots in the Gospels and Saints.  Most are now well outside the top 100 names for boys.

Secondly, the influence of popular and celebrity culture has grown and grown. Names once considered old fashioned have made a remarkable comeback, particularly those linked to TV shows such as Downton Abbey or Peaky Blinders. Previously unusual names from TV and film, such as Aria or Arya (Game of Thrones) and Luna (Harry Potter), have taken off. The influence of the names of our favourite actors, characters, musicians and sports stars can be seen sprinkled throughout the lists. As can those of reality TV stars or YouTube vloggers. In many cases, these influences originate from beyond our own national boundaries.

Thirdly, we seem to be striving for originality and individuality as much as conformity. This is harder to substantiate, but a process that perhaps started with mass communication has become more and more niche with the explosion in digital communications and social media. We appear to like to try and be unique, as much as to follow the crowd. We don’t all watch the same TV programmes every day and choice abounds. Our spheres of influence are much wider, whilst many people’s social groupings are virtual as much as physical. And over 60,000 different baby names are registered every year, about twice as many as twenty years ago. We give our babies names like Jax, Orion, Winter and Nevaeh (“heaven” spelt backwards) now. We never used to.

Lastly, the number of babies born in England and Wales to non-UK born mothers has doubled in the last twenty years. This has introduced new names such as Ayaan, Bodhi, Inaaya and Aizah. It has also introduced alternative spellings of names, for example Matei, Szymon, Oliwia and Zuzannah.

All of this means that the number 1 boys’ and girls’ names now, would barely have scraped into the top 10 back in 1996. Meanwhile, the number of babies named Muhammad (including variant spellings) has remained pretty consistent over the last 10 to 15 years. This is a key reason why Muhammad has climbed up the rankings in recent years.

Naming a son Muhammad follows a strong tradition in many Muslim families, although often their given name is not actually the name those same sons are known by. The name “Mohammed” first appeared in the top 100 names for boys back in the 1920s. And although it’s been the exception to the rule, in the last few years even the number of Muhammads has begun to decrease. Perhaps indicating the beginnings of male naming diversification within Muslim communities too.

In the 2011 census about 5% of the population identified as Muslim, whilst approximately 2% of all baby boys are currently given a variation of the name Muhammad. If we assume that the proportion of the country that identify as Muslim may have crept up a little since then, and birth rates may be slightly higher, taken together these figures indicate that around 1 in 3 Muslim baby boys are registered as Muhammad or variations thereof.

If 1 in 3 baby boys across the whole country were given the name Oliver, there would be well over 100,000 new baby Olivers in England and Wales every year, about 20 times more than there actually are. In this context, it’s no wonder that the name Muhammad has risen so high up the baby name rankings.

The perfect counterfactual is provided by the lists of baby girls’ names, as there isn’t a dominant female equivalent to Muhammad. The first girls’ name in our list that probably has more usage in Muslim communities than others, is Maryam. And Maryam has consistently come in at around 80th position in recent years.

Sometimes it’s not only our statistics that shine a light on society. The reaction and debate that follows them can be just as illuminating.

My plea, when we release the 2018 lists of baby names this Thursday, is that the debate around Muhammad is rooted in its wider context. Social and cultural change across the whole country is the bigger, but more complex story here. What we choose to name our children provides an immediately engaging and personal route into it.

Nick Stripe, Head of Crime Statistics at the ONS

Last year the ONS produced analysis showing where you live could influence the name you give your baby. Find out more here.

Providing the best picture of international migration
Why have suicide levels risen among young people and what can be done to tackle this?