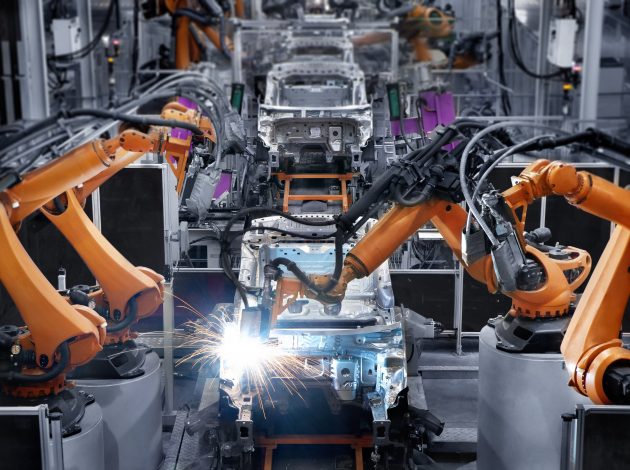 The ONS has been developing a new, improved method for producing GDP over the last few years. Today the first experimental estimates are being published using this new system, which include the much vaunted ‘double deflation’ adjustments to the figures. Here, Rob Kent Smith talks about the new figures and why they are important.

The new experimental GDP figures published today, while being our first take on the data, represent a step change in how our GDP is produced, utilising new data sources and updated methods to give improved estimates of the UK economy.

Previously, our estimates of the economic performance of each sector of the economy in ‘cash’ terms were produced completely independently from those that stripped out inflation. However, these new estimates are calculated coherently; through the same system that reconciles all of our data sources at a very detailed level to give an accurate estimate of the size and composition of the economy.

Our new estimates of real growth, with the effects of inflation removed, will now also be compiled using new surveys, giving much better estimates of exactly what each industry produces as well as what goods and services these companies use when producing these products.

In addition, we are introducing ‘double deflation’ for the first time, which removes the effects of inflation in two ways; from the costs companies’ face and from the prices charged for the goods and services they produce.

While these new estimates won’t change the relative sizes of each industry within the economy, which are calculated using cash GDP figures, they will give much improved underlying estimates of the ‘real’ growth rates of UK industries over time by better removing the effects of inflation to give our best overall estimate of the UK economy.

As part of this strategy, we have also introduced a new method for removing price changes from the telecoms industry, improved the method for measuring clothing prices and improved the way we calculate so-called ‘factory gate’ prices over time.

While the new double deflation method doesn’t in itself lead to GDP revisions, the improved clothing and telecoms deflators do impact average top level GDP growths, with average annual growth in these experimental figures revised from 2.0% to 2.1% between 1997 and 2018. However, as further improvements are planned, average growth rates are likely to be different when these new methods are brought into headline GDP next year.

Next year, when these new double deflated estimates are due to be bought into headline figures, we will also introduce a new Financial Services Survey, which will give much more detailed information about the activities and outputs of the financial sector, which makes up around 7% of GDP.

When introduced in the Blue Book 2021 the new estimates, as well as better accounting for the costs businesses face, will also ensure that our three separate measures of GDP – looking at goods produced, money spent and incomes – will be reconciled together consistently.

These experimental figures are our first take using these new systems and sources and may well yet be revised before they become part of our headline figures next year, but they show just how much progress we’ve made in producing fully reconciled and world leading estimates of UK companies’ outputs.