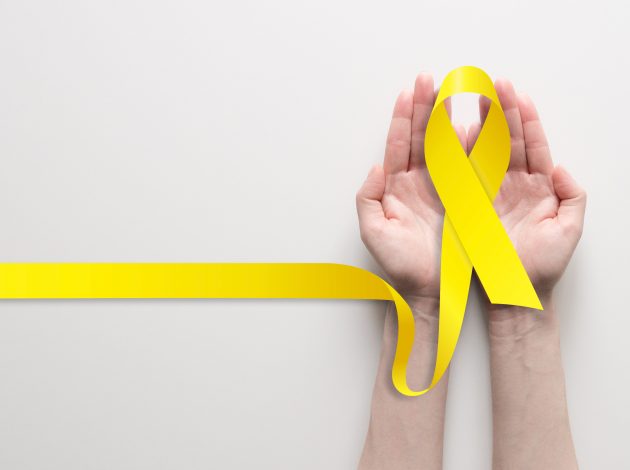 As people across the globe raise awareness of suicide and suicide prevention for this year’s World Suicide Prevention Day, this is a timely moment to show how the innovative use of data has been improving our understanding of suicide and informing efforts to reduce it.

Traditionally, the role of the ONS and its predecessors has been limited to counting the number of suicides recorded by the Coroner’s Court but in 2018, amid growing concern about the well-being of some young people in higher education, we produced the first robust estimates of suicide rates specifically among students.

They revealed a small, but notable, rise in suicides among university students in England and Wales over the last decade.

These new experimental stats, made possible by linking death registration records with higher education registrations, allowed us for the first time to identify how many cases involved university students. Consequently, universities were provided with actionable detail on the situation leading to the realisation that more action was needed around mental health plans.

It is a simple but powerful example of how existing data collected by different organisations can be brought together to give us new insights that support better health interventions.

The data revealed that young male students were significantly more likely to take their own lives than female students and that in the 12 months to July 2017, 95 students had died by suicide, which equates to 4.7 suicides per 100,000 students.

These figures encouraged universities to put better measures in place to assist students in their care and allowed an investigation of how certain factors are associated with suicide risk, such as being part-time, being an undergraduate versus postgraduate, and ethnic group, meaning prevention measures could be aimed at those most at risk, helping to save lives.

It’s an important illustration of the vital role that data can play in improving our well-being.

Following the report, the Department for Education announced plans for a University Mental Health Charter, the higher education regulator announced a £14.5m programme to help reduce the number of student suicides at universities, and improved guidance for universities was created.

More recently we released the first assessment of suicides in England and Wales for ethnic groups, also based on linked data, including death registrations and the 2011 Census.

Without this kind of vital data, we can’t know when action is needed. And without combining different sets of data, we can’t achieve the deeper insights that allow public bodies and charities to carry out better targeted health interventions.

I understand some people’s reluctance to have their personal data used for anything other than the original purpose it was gathered. But when it’s shared securely and linked anonymously for public research and national statistics it’s about identifying patterns and problems and really can save lives.

At ONS we have a long track record of using and combining data safely and ethically for the public good and we’re keen to do more. We’ve seen the benefits of linked data and are committed to unlocking the maximum public benefit, without compromising security or people’s right to privacy.

It’s encouraging that the topic of mental health has come to the forefront in recent years, with more people willing to discuss this societal challenge. Working with other organisations that collect reliable data as part of their operations, we can continue to provide the evidence that is needed to keep these conversations going and effect real change.

If you or a family member have been affected by a suicide, or you are struggling to cope, help and support is always available from the Samaritans on 116 123 (UK and ROI; this number will not appear on your phone bill), by email, or on the Samaritans website, where you can find details of the nearest branch.

Exploring the changing impact of COVID-19 on our lives
How common is long COVID? That depends on how you measure it