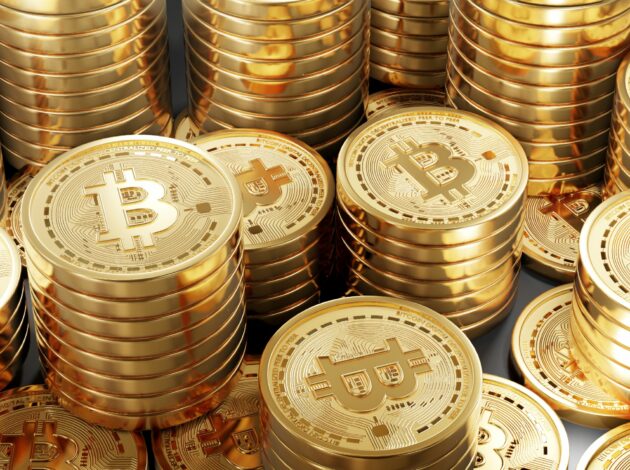 In recent years there has been a debate raging about what should be included within trade flows and what should not. As well as the ongoing discussion around flows in the gold market, recently the spotlight has turned to whether crypto-currencies, such as Bitcoin, should be included within headline trade figures. Richard Heys explains where the ONS sits in this debate.

Some parts of the way we measure changes in our economy are immutable. They describe concepts which are fixed through time and haven’t altered since the earliest drafts of the rules in 1947.

Some parts of the National Accounts are common-sense pragmatism, where we step outside the strict bounds of the core concepts as the best way of ensuring the data make sense to users. An example is imputed rental on owner-occupied housing, which is used to ensure consistency between countries with large numbers of households renting and those countries where homes are owned by the occupant, and to track the same country consistently over time as those shares change.

And then there are those bits of the National Accounts where two concepts clash and a different sort of compromise has to be made, where a definition is created or applied which makes no-one happy but its effects are small enough and stable enough to not have a material impact on any of the key headline economic aggregates which users care about, either in terms of levels or growth rates. Such compromises aren’t pain-free, but they are as close to pain-free as can be sensibly achieved.

But what happens when the pain starts to grow, either because the impact a) isn’t very small any more, b) isn’t very stable anymore or c) is potentially going to change thanks to an issue which wasn’t considered when the compromise was made and which would magnify problems a) and b)? What would the national accounts community do then?

Unfortunately, that’s not a hypothetical problem in 2021. That’s the position the UK finds itself in in terms of what is counted as a valuable, particularly within trade flows.

Valuables is a part of Gross Capital Formation. It captures high value items that can be used as a store of value and are tradeable, such as non-monetary gold, jewellery or precious stones, but don’t really impact on the production of other goods and services. I describe this concept as a compromise because it represents a trade-off between two positions that are not mutually compatible. Non-financial assets should play a role in the production of goods or services. However, every financial asset, the other option, should have an equal and opposite ‘corresponding’ liability.

But what do you do with an asset which doesn’t have a liability and doesn’t play a role in production? Answer, you pop it into Valuables and hope no-one really notices.

And in general, in most countries, they don’t. And the reason for this is most countries see minimal trade in Valuables. Why is this? It’s because goods like Valuables are complex to trade: the sums of money involved require significant verification that the asset is what you say it is (no-one wants to accidentally buy $1bn of counterfeit gold).

The end result is trade in such products ends up being concentrated in a small number of key exchanges. Let’s take gold, where the second largest global exchange, the US-based COMEX exchange saw trades worth $29bn a day in 2016, according to the World Gold Council. But even that is dwarfed by London. London is the world’s dominant gold exchange, experiencing trade varying between $101-234bn a day. Let’s put that into context, world GDP is about $220bn a day. Some days London sees more gold traded than the whole world produces in output.

Within trades of that magnitude, interactions between bodies based in different countries can quickly and visibly show up in the trade balance: 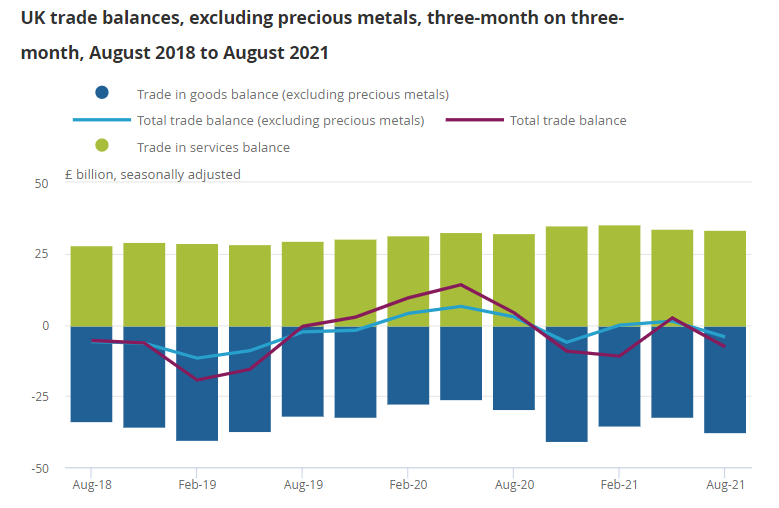 The impact of non-monetary gold when included in the UK’s trade figures in recent quarters is big enough to change whether the UK is in surplus or deficit and delivers frequents variances between the two series of up to £10bn. In short, the impact of Valuables is no longer small, and no longer stable. And it could potentially get much worse.

Bitcoin and other similar crypto-currencies share several similarities with gold. They don’t have a corresponding liability, they are perceived to be a store of value, and they are traded via exchanges, which verify the transaction. The one big difference is they did not exist in 2008, and so, unsurprisingly the 2008 edition of the System of National Accounts doesn’t devote any thought to how to classify them.

The debate today about crypto-currencies is exactly the same as the discussion which led to non-monetary gold being classified a Valuable, except for two key differences: 1) we already know the bitcoin market is large and volatile, and 2) we now understand that assets of this type potentially end up being traded through a small number of exchanges that focus the risks onto a handful of countries. The one thing we don’t know is which countries will end up playing host to the largest exchanges and therefore which countries will find their trade balance affected, like the UK experiences with gold.

So, what is the answer if classification as either a financial or a non-financial asset doesn’t work? In a discussion paper published today by the Economic Statistics Centre of Excellence, a team of ONS and Bank of England officials have demonstrated the potential of a hybrid solution, where Valuables like non-monetary gold, other precious metals traded on similar exchanges and crypto-assets without corresponding liabilities are moved out of non-financial assets and treated as their own distinct class of financial assets without corresponding liabilities.

These would still appear in the overall balance of payments, but would not show up in, and therefore distort, trade flows. This solution will allow macroeconomic aggregates relating to trade and financial measures to continue to be produced in ways which are meaningful for users.

Is it a perfect solution? We’re not sure, so we’d love to hear your thoughts and views so please get in touch at ONS.ESCOE@ons.gov.uk. But either way its important we understand the true impact of the compromises being made before we start producing data which is volatile and hard to interpret.

How has UK construction performed over the pandemic?
Are we earning more now? Measuring real wage growth during the pandemic