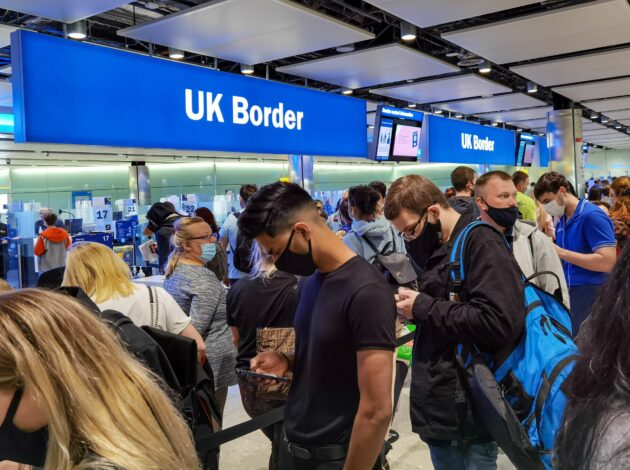 New figures suggest that although net international migration to the UK fell in 2020, there is no evidence of an exodus. Jay Lindop explains what can be interpreted from today’s experimental statistics, why they shouldn’t be compared to population figures and ongoing improvements to build and refine them.

The year 2020 was a highly unusual one for global migration, in that historical trends and typical behaviour patterns were significantly disrupted by the coronavirus (COVID-19) pandemic and associated restrictions.

For the UK, the other major event occurring in 2020 was the end of the Brexit “transition period”. The impact of Brexit on migration will be difficult to disentangle from the effects of the pandemic.

Understanding what has happened is not straightforward, as our main source of data on migration flows, the International Passenger Survey (IPS), was suspended between March 2020 and January 2021 due to COVID-19. The IPS suspension came at a time when we were already transforming our statistics with migrant journeys becoming more complex meaning they were no longer being captured as effectively in the survey. These developments to our statistical methods include using administrative data sources supported with statistical modelling to provide today’s insights.

Today’s figures show no evidence of an exodus from the UK in 2020. However, net international migration did fall considerably with fewer people both immigrating to or emigrating from the UK. Overall, an estimated 34,000 more people arrived than left the UK over this period.

These are our best current estimates for international migration over this period, however they are modelled figures based on experimental research and subject to a high level of uncertainty. With the limited timely data on migration of EU and UK nationals one of the principal assumptions in the model is that behaviours observed for non-EU migrants in Home Office border crossing data also apply to EU and UK nationals.

We have plans to improve these assumptions in our next set of estimates as we bring together new sources of data to give the best picture of international migration. We are focusing our attentions on using the Department for Work and Pensions’ Registration and Population Interaction Database (RAPID) to improve how we measure EU nationals. Early findings from this work published earlier this year were promising, and we are confident of providing more robust estimates of international migration in early spring 2022.

Alongside today’s migration flows release, we have also updated our Population of the UK by Country of Birth and Nationality release, also known as the population stock. This provides a “stock-take” of the number of people living in the UK that were born overseas and the number who are non-British nationals.

The two sets of data should not be compared, as illustrated by looking at recent data on EU nationals. Between 2019 and 2020 the estimated number of EU nationals living in the country dropped by 217,000 people from 3.7 million in 2019 to 3.5 million in 2020. But that does not mean over 200,000 more EU nationals migrated out of the UK in 2020 than came into the country, as this also reflects other changes, such as those who died during this time period or those who took British citizenship.

To get a more realistic picture of changes in the net flow of EU nationals into and out of the UK in 2020 you need to look at the flows estimates timeseries. In the year ending 2020 it is estimated that around 52,000 EU nationals migrated into the UK, while 146,000 migrated out, resulting in a negative net flow of 94,000 people. These numbers should be treated with caution as our methods using new data sources are still maturing.

The population stocks are based on data from the Annual Population Survey (APS) and only covers those whose main place of residence is a private household – it doesn’t include students living in halls of residence for example. It includes migrants who were born overseas/have a non-British nationality, some of whom may have been resident in the UK for many years and others who may have just arrived in the country. It also reflects births and deaths in the non-British population and deaths in the non-UK-born population.

In comparison, our flows release provides an estimate of the number of people with non-British nationality, recently arriving in or leaving the UK for a period of 12 months or more. The UN defines this group as long-term migrants. Travellers staying/going for less than 12 months are not included in these estimates. As explained above, they are estimated using a statistical model, which models actual migration patterns using multiple sources of data.

To bring these technical definitions to life, we can use case studies…

Lee, born in the USA, works as a teacher and has been living in the UK for ten years. He has not taken British citizenship and therefore appears in the population by nationality data as a non-EU born citizen. However, he would not appear in the latest international migration flows data because he has not migrated recently.

Jenni migrated to the UK from her home country of Singapore to start studying economics at Southampton University in September. She appears in the flows data for the month she arrived, but would not appear in the population by country of birth and nationality data throughout her study as she will be living in student halls-of-residence.

In this fast-paced world, providing the best available evidence upon which to base decisions has never been more important. We are moving away from relying solely on survey data towards incorporating administrative data, which are based on actual behaviour, to produce our estimates. Doing so will provide richer, more reliable and timely statistics which tell us more about who is living in the UK now and provide the most accurate picture of the population.

Tomorrow we are publishing a series of research articles which show our progress towards better population and migration estimates, using administrative data. Then, on Monday, we will share insights from administrative data on how migrants transition from one visa to another and explore whether behaviours are changing since the pandemic. Find our latest research articles and publications as they are released here.

Early next year we will be updating our international migration flow estimates using RAPID and in late spring Census 2021 results will be out. By comparing these with our published migration and population figures, we will have a better understanding of the quality of our estimates.

Over time, all of this research will enable us to move to an integrated population and migration statistic system that makes the best use of all available data. 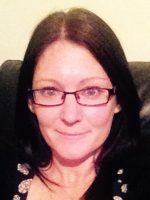 Violence against women and girls: Helping to understand the scale and impact of the problem
Street lighting: Better statistics for local areas