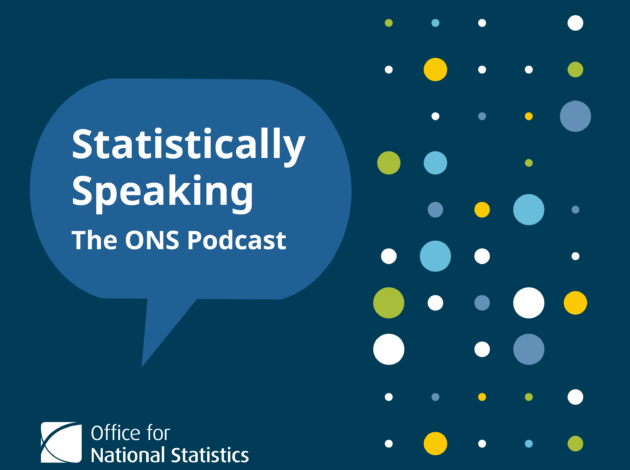 It’s bad news for the Nigels, Carols, Gordons and Cheryls of the world as shifting fashions consign their names to near extinction. Speaking on the latest episode of the Office for National Statistics’ podcast series “Statistically Speaking”, Dr James Tucker of the ONS explains how the annual list of the top baby names in England and Wales unfailingly reflects changing times.

“There are always a lot of names that are going extinct and the name Nigel has become one of the most critically endangered. On the other hand we’ve seen some more Maeves and Otis’, which are characters from the TV series ‘Sex Education’,” said James. “And even some Lucifers, from the series of the same name.”

Podcast host, Miles Fletcher, said: “It’s a sobering fact for serious-minded fans of GDP and other important statistics that the list of baby names is among the most-visited sections of the ONS website. But, popular as they are, baby names are merely the froth on the surface of a deep reservoir of crucial population data produced by the ONS. In this podcast we look at how its gathered, why it matters and hear some of the fascinating stories it has to tell.”

Featuring alongside James in this episode of “Statistically Speaking” is the Head of Mortality at the ONS, Sarah Caul, who received an MBE earlier this year for her work in producing the weekly deaths statistics during the coronavirus pandemic. She describes how a previously obscure publication became suddenly of vital importance to the national response to Covid-19.

Sarah said: “’Weekly deaths’ used to have a small audience, to the point where they were considering not publishing it any more. It wasn’t a very large part of my job, but it grew bigger during the pandemic because we were having more and more deaths and we needed to get out as much information as we could, as quickly as possible.

“We were doing something that would usually take us months to do in a matter of days, every week… Those first few months are quite a blur!”

Entitled ‘A Matter of Life & Death’, the fifth episode of “Statistically Speaking” is available to download here from today and is also available on Spotify, Apple podcasts and other major podcast platforms.

The series began in February this year and has so far taken thousands of listeners on a journey from the creation of the world-renowned Covid Infection Survey, through to the challenges of co-ordinating the largest survey in British history – the Census.