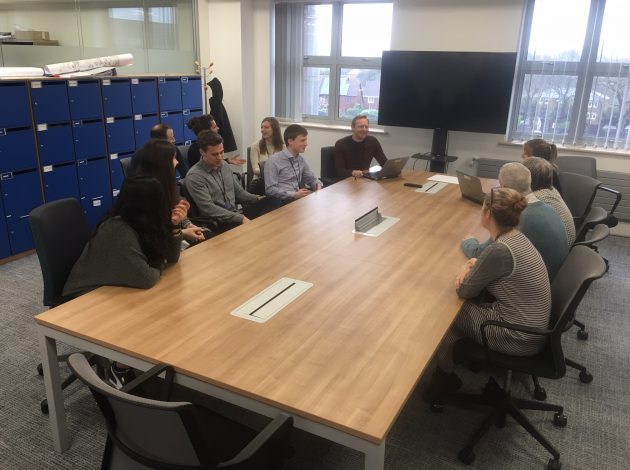 Earlier this month, Ian Cope talked about how we’re keeping the census relevant in a changing world. He described how we’re looking ahead to beyond 2021, and the possibility of putting together a census based on linking together administrative data held by the Government.

There’s a wealth of administrative data that are already held by the Government. People interact with the Government every day. This might include a trip to the doctor, claiming a benefit, getting paid by your employer or getting a driving licence.

We’re not interested in the details of your doctor’s trip or why you’re claiming a benefit. Instead, we bring this data together (following the ‘5 Safes’ principles) to create a picture of England and Wales for small areas, to help inform important policy decisions. This could include things like where to put a new school, where to build new houses or how best to allocate government funding across the country.

While there’s lots of administrative data out there, it won’t give us all the information that’s currently provided by the census. Instead, we’ll need to combine this data with surveys to be able to produce statistics to the quality and detail that our users are used to getting from the census. We’re unlikely to produce everything that the census does, and we’re working with our users and stakeholders to understand the impact of this.

There are benefits and new opportunities to be gained through an Administrative Data Census. We’ll be able to produce census-type statistics more frequently than every 10 years – in many cases, as often as every year. We’ll be able to produce new outputs that the census doesn’t currently provide, and respond more quickly to changing priorities. By reusing data that’s already held by Government, we’ll be able to do this for less money, and place less burden on the public, than the current approach to the census.

A great example of such new opportunities is income. The census has never asked a question on income, and won’t in 2021 either. This is because research has showed us response rates would be adversely affected. 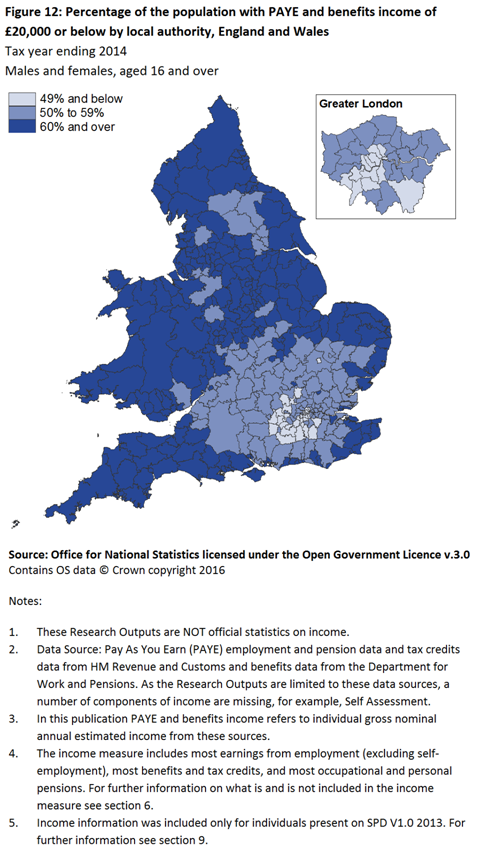 Recently, Ed Humpherson, Director General for Regulation from the UK Statistics Authority Board, commended these outputs. He praised the collaborative effort across the Government Statistical Service (GSS) in enabling the sharing and linking of such data to improve the potential public value of the census. John Pullinger, National Statistician, welcomed this feedback, expressing his wish for us to be even more ambitious about the range of outputs we’re producing. Watch this space for new outputs from us this year.

Fundamentally, we’ve also demonstrated how well administrative data-based estimates about the size of the population perform when compared to official estimates. By combining a number of data sources, including GP records, tax and benefits, schools and universities, we’ve been able to produce population estimates that are comparable with the 2011 Census.

The map below shows that for the majority of local authorities (coloured grey), estimates of population size are close to the 2011 Census. By using additional data sources in our future research we hope to demonstrate that we can deliver high quality population estimates for all local authorities in England and Wales. 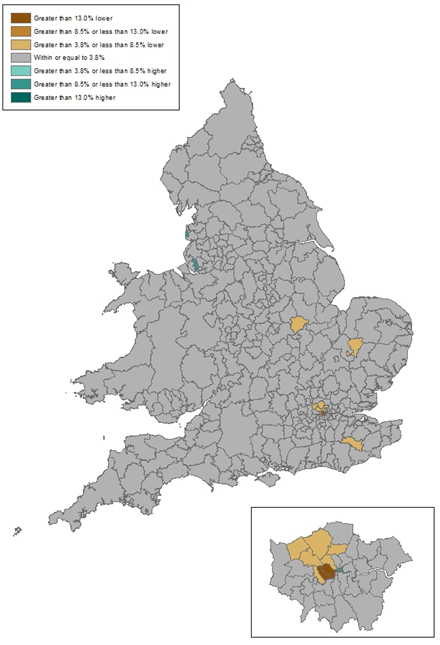 Today we’ve released our first effort in producing statistics about the number of households based on administrative data.

There are some real challenges about how we define ‘households’ when using non-survey data. However our definition, which is based on occupied addresses from administrative data, shows some comparability with regional estimates of the number of households produced from the Labour Force Survey in 2015. 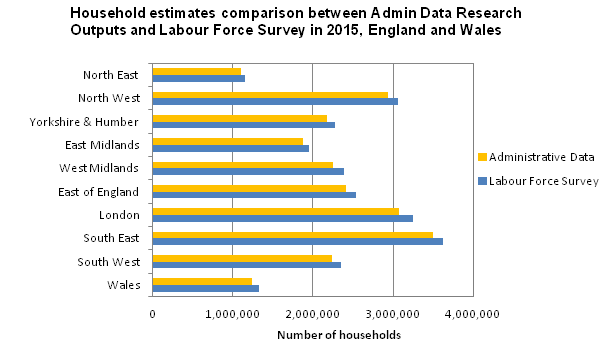 We’re constantly seeking feedback about such issues as the definitional differences between these estimates, and how we can make our outputs even better.

To understand how well we’re progressing towards an Administrative Data Census, we carry out an assessment each year. We published our first assessment in May 2016 and showed that, while we’re at the start of this journey, there’s real potential to move in a different direction after 2021. This is echoed by other countries around the world. For example, Canada and New Zealand are doing similar research. We’ll publish our next assessment in May 2017.

Bringing together data in this way is innovative, ground-breaking work, and having access to data is critical. If the Digital Economy Bill currently going through Parliament is passed, it will play a significant role in our progress. 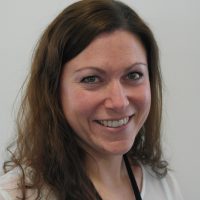 Migration: the ins and outs of the outs and ins.
Conference report: riding the wave of change