On 21 and 22 February, around 200 delegates gathered in Newport – the home of UK economic statistics – for the inaugural international ONS conference on measuring the modern economy.

The impetus for this conference may have been domestic – Charlie Bean’s review of economic statistics strongly encouraged ONS to work more closely with outside experts, including internationally – but the enthusiastic engagement from our international partners and the fact certain themes were regularly returned to underlined how the challenges we face are global ones.

That certainly doesn’t mean we spent the two days vigorously agreeing with each other. In particular there was much debate about whether the current National Accounts framework is fit for purpose in our increasingly digital economy. Peter Van de Ven from the OECD and our own Sanjiv Mahajan launched into a spirited defense of the current framework, arguing that pre-existing mechanisms such as satellite accounts and imputation were largely up to the task of capturing new forms of economic activity, especially when combined with the increasing amount of data available to supplement existing sources. Diane Coyle from the University of Manchester, on the other hand, suggested that this approach would end up with everything interesting sitting in the satellite accounts and that we should rethink the boundaries of GDP – a topic she has written much about, including for Visual.ONS.

Yet there were a number of key points on which there was much agreement. Globalisation and digitialisation are changing economies fast, and this is throwing up a number of measurement challenges. The increasingly vast amount of data out there, and our growing ability to harness it, present exciting avenues for meeting these challenges. And perhaps most important of all, working together on an international level is crucial if we are to really get to grips with measuring the modern economy.

Trade asymmetries are a great example of both the global nature of measurement challenges and the need for international co-operation to tackle them. Put simply, there is often a difference between how much any two countries think they export to, and import from, each other. Dr Silke Stapel-Weber from Eurostat highlighted this and stressed how the best way forward is for countries with significant trade asymmetries to sit down together and figure out the root cause.

In a globalised economy, these international measurement challenges can have a significant domestic impact. Trade balances feed directly into GDP, for example, and particularly for small countries with open economies (Luxembourg, for example) the scale of trade asymmetries proportional to the size of the economy can be significant. Speaking from the floor, Carol Corrado (The Conference Board) pointed out the good practice from North America, where Canadian and US statisticians regularly compare data on trade to avoid this.

Other highlights of the conference included a session on the new Economic Statistics Centre of Excellence and Data Science Campus and an inspiring keynote speech from Professor Andrew Blake of the Alan Turing Institute about the pioneering work they are doing in the field of data science. These sessions really served to reinforce the emphasis on working together. The Centre of Excellence and Data Science Campus are both instrumental to helping ONS better tap in to external expertise, and we recently signed a memorandum of understanding with the Alan Turing Institute.

Finally, it would be remiss not to mention the excellent media session, where the Treasury’s Chief Economist, Sir Dave Ramsden, had the opportunity to turn the table on a panel of media speakers and ask probing questions of Chris Giles (FT), Callum Williams (The Economist) and Stephanie Flanders (ex-BBC), which made for a session that was as enlightening as it was entertaining.

The above only gives a flavour of what was a fascinating and worthwhile conference, so please do take a look at the full set of slides and listen to the excellent podcast produced by NIESR, who – along with the rest of the consortium delivering the Economic Statistics Centre of Excellence – will be working with us to organise further conferences in the coming years. We will also be publishing a full conference report in the near future.

If there was one overriding message that we were keen to stress over the course of the two days it was this: ONS’ door is very much open. As our deputy national statistician Jonathan Athow (pictured above) said, a wave of a change is coming for ONS, and we are ready to face it. But we cannot do it alone, which is why we are more committed than ever to working in partnership with others to solve the riddles of the modern economy. 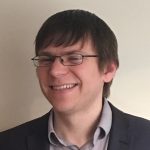 Danny Langley is Head of User Insight and Engagement at ONS.