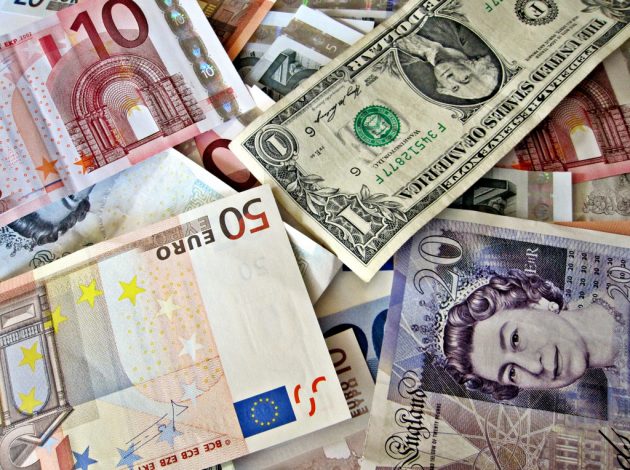 Media reports have suggested that half a trillion pounds of UK-held foreign assets have gone ‘missing’, leaving the country ‘poorer’ as a result.  But how fair is this interpretation of the latest data? Jonathan Athow explains the true position.

The number in question is the UK’s net International Investment Position (IIP). This is the difference between all the assets (shares, bonds, property and money) held abroad by people and businesses resident in the UK and all the assets in the UK held by people and businesses based abroad. The value of these assets are absolutely vast, over 5 times the value of UK GDP.

As the net IIP is the difference between two very large numbers, small changes in the valuation of UK assets and liabilities can have large effects on this net figure.

For example, in 2016, and mostly due to the depreciation of the pound following the EU referendum, the value of assets held abroad in foreign currency rose compared with those held in the UK. Using the information available we initially estimated an unusually high and positive net IIP of around plus £470bn.

Since then, we have been able to refine our estimates, including new data and sources for measuring bond and share holdings, as well as incorporating large foreign takeovers of UK businesses, the revised balance was lower, at around minus £20 billion. But this does not mean any money went missing, merely that slightly more UK assets were held by foreign investors than we originally estimated.

The UK still holds around £10.94 trillion of assets in the other countries, it’s just we now estimate foreign holdings in the UK rose to around £10.97 trillion. 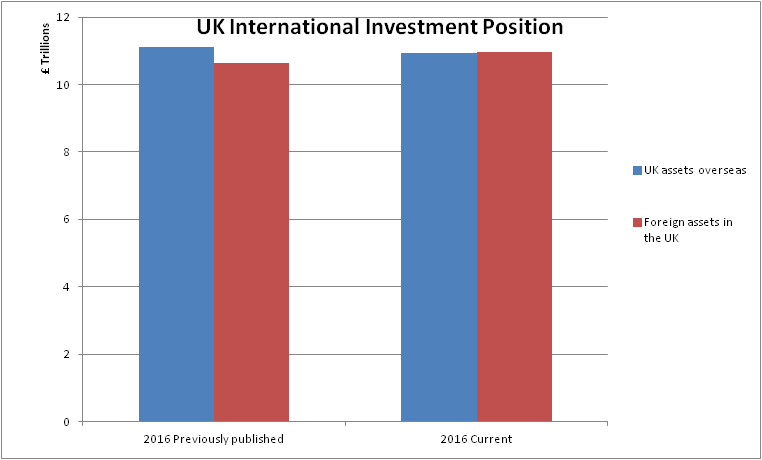 The question is, do falls in the IIP matter? Well, it depends on your view. For example, if foreign businesses invest in the UK then the net IIP may fall, but that investment may well mean more jobs created or a boost to productivity. On the other hand, people may look to measures of foreign currency exposure, such as the current account deficit or IIP, that are important when trying to understand risks to financial stability. So, as with so much in economic statistics, you need to get beneath the surface of the data.”

Jonathan Athow is Deputy National Statistician for the ONS