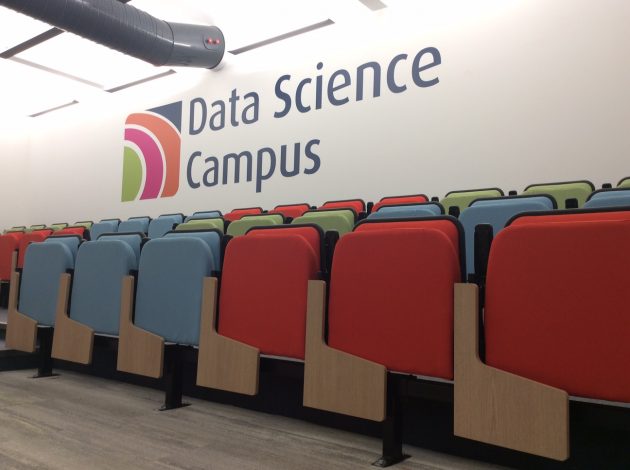 A year on from the formal launch of the Data Science Campus, Peter Fullerton, our Deputy Director for Planning and Resources, reflects on how the frenetic start-up and growth of the Campus has changed his view on what can be achieved.

In May 2016 I had just finished an intensely hectic spell in our Finance Directorate, preparing our 2015 Spending Review bid and negotiating the financial settlement for the following four years. What next? I was ready for a new challenge. But when I got the call suggesting that I could work on starting up a new “Data Science Campus” at ONS, I knew that would be madness – a venture so ambitious it would surely fall short of its high expectations. “Well at least talk to Dave Johnson,” they said.

Over a coffee I was rapidly persuaded by this fast-talking Irishman that this could be fun for at least a couple of months, if still insane. Dave had a background in tech start-up companies and had previously been part of the leadership team that set up Google’s European HQ in Dublin. I had been at the ONS for nearly 15 years and a career civil servant mainly in the Government Statistical Service (but with a well-hidden anarchic streak). Neither of us were actual data scientists, what could possibly go wrong?

We soon had government funding for two years, a start-up plan, a couple of people recruited from within the organisation and had moved into temporary accommodation by the beginning of September. With other parts of the ONS giving us both the support and latitude we needed, we were soon up and running with a hugely successful Apprenticeship programme which attracted 140 applicants for eight places. We launched a framework for a new MSc to be run at three partner universities from autumn 2017. We also signed collaboration agreements with over a dozen universities, as well as other institutions at home and abroad.

Our research projects also kicked-off in September, with the help of Mango Solutions who guided us in our early work. A couple of recruitment campaigns were run before Christmas and, through good fortune as well as judgement, we brought in some new data science expertise and started half a dozen short-term data science research projects where everything seemed to be in place, largely prioritising pace over strategic fit – the important thing for us was to start learning fast.

With Tom Smith, our new Managing Director, arriving from Oxford Consultants for Social Inclusion in January 2017 and Louisa Nolan joining the expanding team as Lead Data Scientist in February, we quickly built up even more momentum. We entered into new partnerships, kicked off more research projects – this time with a more strategic overview of our priorities – and further developed the learning routes we were able to offer.

Our formal launch on 27 March 2017 was a pivotal occasion for us – 130 external guests and three UK Government Ministers joined us for an impressive data science showcase, with our own data scientists demonstrating their work while several of our partner organisations presented the kind of data science outcomes we were seeking to emulate. The event took place in the new-build Silicon Valley-style Campus, sitting on the roof of our Newport office – a space that had been a building site just days before: a physical symbol of the confidence and pace with which the Campus was evolving.

I was asked recently by a journalist from New Zealand, writing for a public sector magazine, what my biggest challenge had been in helping to set up the Campus. “Changing my mindset”, I replied. As a civil servant you spend much of your time identifying risks and barriers, which is important but can also mean that you end up looking for why things can’t be done. To be effective in our work we need to start from the premise of “Why not?”.

The recipe for start-up success within a public consultation? I don’t know how portable what we did here would be to other organisations and environments. But among the key ingredients were a clear drive plus support from the top of the organisation to move at pace and to be different. A greenfield site with no legacy outputs or systems to worry about, core funding so we didn’t have to focus on bringing in more income and some good early external hires mixed with some very able folk from across the company with the ability and enthusiasm to get things done. It is also vital to accept that you don’t have all the answers, and to reach out to people for help and inspiration: we weren’t afraid to shamelessly copy what works elsewhere. We partnered with industry and academia to help jump-start our operation quickly, and we continue to draw on their expertise as we grow and develop.

A year on from our formal launch and we are moving into a phase that Dave Johnson calls our “difficult second album”. With future funding confirmed and more recruits about to join us we now have to realise good intentions and take forward the early progress we have made to make a real impact for public good. But based on the last 12 months, I know this is no longer “madness” – we can achieve such lofty ambitions.

Peter Fullerton is Deputy Director, Planning and Resources for the Data Science Campus 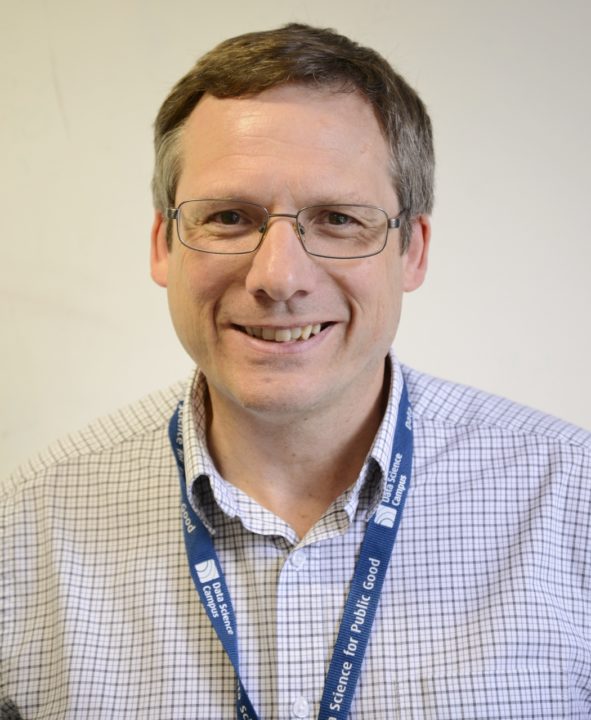