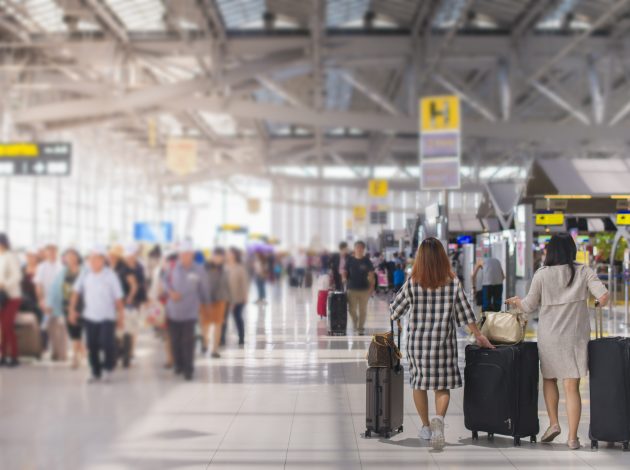 Today we’ve released our latest overall assessment of international migration to and from the UK. While net migration continues to add to the population of the UK, as Jay Lindop explains there are different patterns for EU and non-EU migration.

The Office for National Statistics continues to transform its population and migration statistics, adding new data sources and reducing the overall reliance on the International Passenger Survey (IPS). Last month we published a research engagement report which shows the progress made towards our new approach for producing international migration flows and population statistics.

We have been using additional datasets from the Home Office and Higher Education Statistics Agency for more than a year to develop our migration estimates, alongside evidence from the IPS, to ensure we use the best evidence available to us to report on the movement into and out of the country.

The latest quarterly figures show that net migration continues to add to the population and has remained fairly stable since its peak in 2016, with around 280,000 more people coming to the UK than leaving in the year ending September 2018. However, underlying those top-level figures there are changes in the numbers arriving from the EU and non-EU.

Different patterns for EU and non-EU migration have emerged since mid-2016, when the EU referendum vote took place.

EU net migration, while still adding to the population as a whole, has fallen to a level last seen in 2009.

We are also seeing more citizens from the EU8 – those from Central and Eastern European countries, for example Poland – leave the UK than arrive. This pattern differs from the rest of the EU where more people are still arriving than leaving.

In contrast, non-EU net migration was the highest since 2004. This follows a gradual increase in immigration of non-EU citizens over the past five years for both work and study, particularly from India and China.

The overall number of people arriving in the UK to study has increased, with non-EU student immigration at its highest level since 2011.

The latest quarterly migration report also formally revises non-EU study figures for the period July to September 2016, meaning estimates for the years ending September 2016, December 2016, March 2017 and June 2017 – which previously have been illustratively adjusted – have been revised. Our guidance note  highlights that, in the year ending September 2016, we saw a decrease in the number of non-EU citizens coming to the UK to study that was not seen in other data sources. Subsequent analysis of the IPS suggests the sample missed some students which led to the unusual drop in the non-EU study estimate.

Therefore our best assessment, using all available data sources, is that non-EU long-term student immigration has risen in the last year after remaining broadly stable from 2013 to 2017.

The International Passenger Survey will continue to play an important role in our estimates. However, ONS has long acknowledged it has been stretched beyond its original purpose. Having a greater level of detail has become increasingly more important, to ensure decisions being made are based on the best evidence possible, which is why we have an ambition to put administrative data at the core of our international migration statistics.

Last week we published a workplan examining the issues with comparing the UK’s existing migration data sources – the IPS, Labour Force Survey and Annual Population Survey – and our plans to explain the differences between them. There will be an update on our findings this spring. This is important as we still plan to use the IPS as a key indicator of the trends in migration, even when we have other data sources available and we therefore need to understand how the current data sources align.

We will continue to work and engage with stakeholders on how different data sources can be used and will publish a further update on our wider transformation also in the spring.

Jay Lindop, Director of the Centre for International Migration