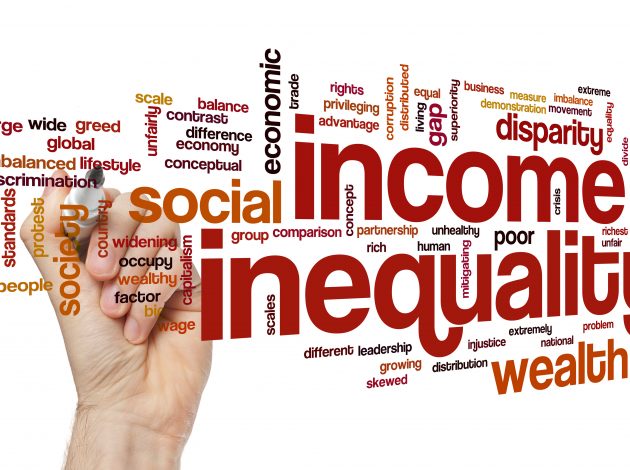 High levels of income inequality have been associated with low economic growth, poor social cohesion and limited social mobility. But the most effective policy responses need to be informed by the best data. Here, Richard Tonkin discusses how the ONS is upgrading its household income statistics to make them more accurate, relevant and accessible than ever before.

At ONS we’ve been producing statistics on the distribution of household income for well over 50 years. Over that time, these have gradually evolved, to reflect changing user needs and technology. However, the next few years will see a real step change, as we transform both the data and how we report on them, in order to more effectively inform policy making and broader public debate.  The first steps of that transformation process are visible in today’s bulletins on average household income and income inequality.

Historically, our statistics on household income have been based primarily on household surveys. While such surveys have a number of important strengths, there is a well-recognised challenge that they do not fully capture the incomes of the very richest individuals and households.   Now, to address this, we’re publishing new experimental statistics which for the first time bring together our survey data with administrative sources from HMRC, drawing on the relative strengths of each.

“..we can see that levels of income inequality are higher than those estimated using survey data alone..”

Building on the work of colleagues in the DWP and leading academics, we’ve produced these new statistics by effectively replacing the highest incomes in the survey data, with estimates drawn from the tax data.  In doing so, we can see that levels of income inequality are higher than those estimated using survey data alone, though the broad story over recent years remains largely unchanged, with current levels of inequality slightly below those seen before the economic downturn.

The introduction of this top income adjustment also allows the publication of statistics that we couldn’t previously calculate with sufficient accuracy, such as the income share of the richest 1%.  Although I’d argue it’s generally more useful to focus on inequality measures that provide a broader picture of the whole distribution, clearly there’s considerable interest in the very top, and this is something we’ll be better able to address from now on.

“As we continue to develop, we intend to take the same approach – sharing our progress along the way, seeking feedback from a wide range of users, and then acting on it..”

These aren’t the only developments you’ll see in the latest set of publications: Historically our income statistics have always focussed primarily on households, but we received feedback from a wide range of users that they’d find it useful if we focussed more on the distribution of household income among individuals. As a result, we’re now reporting on measures such as the (equivalised household) income of the median individual and inequality between individuals rather than households.

While the effect of this change in practice is relatively small, given how household sizes change both across the income distribution and also over time, the distinction is an important one for many users, and modifying our statistics in this way is just one example of how we’re responding to user feedback.

As well as the content of our statistics, we’ve also made changes to the way we present them. In the latest release, we’ve moved from a single large publication to smaller more targeted releases, one on average household incomes and a second on income inequality. As my colleague David Freeman blogged recently, our user research has suggested these changes should make the main messages easier to find and understand, while for the more expert user, all the detailed information will still be available in data tables.

Our admin data-based top income adjustment is still under development and we’ll continue to refine our approach over the coming months, taking into account the feedback we receive from users following the latest publication.  In the slightly longer-term, our ambition is also to go further still, making direct use of linked survey and administrative data, which should also help improve the quality of data at the lower end of the distribution, where there is evidence to suggest that there is under-reporting of income from benefits on social surveys.

As we continue to develop, we intend to take the same approach – sharing our progress along the way, seeking feedback from a wide range of users, and then acting on it, in order to ensure what we fully deliver on ONS’s strategy of ‘Better Statistics, Better Decisions’.

How many children experience the death of their mother?
Different patterns for EU and non-EU migration