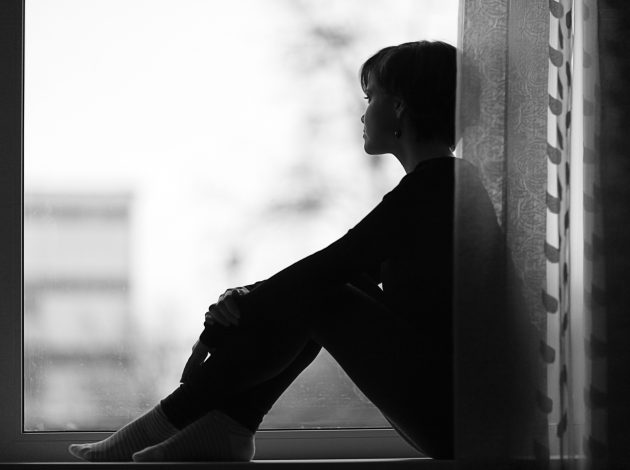 As we come to the end of Mental Health Awareness Week, Ellie Osborn from the Social Well-being Analysis team looks at recent work the ONS has done that contributes to society’s understanding of loneliness, particularly in children and young people, and how we can help and improve mental health in the younger generation.

Our job is to provide timely information to shine a light on the issues of the day and help people make better decisions. When the Prime Minister announced a strategy for tackling loneliness in England last year, we knew that we could use our independent research expertise to make a real and practical contribution to improving lives. The strategy itself was tasked to the Department for Digital, Culture, Media, and Sport (DCMS), and as part of this ONS was asked to recommend a National Measure of Loneliness, suitable for use on major studies and across all ages. This would help to provide a more clear and consistent picture of loneliness across England.

Previously, loneliness measurement has tended to focus largely on adults, and most extensively on older people, giving rise to a belief that loneliness is primarily a problem as we age. However, our initial exploration suggested that younger adults aged 16 to 24 were more likely to report being lonely more often than older people. This alerted us to the fact that children and younger people were being overlooked outside of academic studies and we needed to understand more about younger age groups. It also became clear that there was little consistent evidence available on loneliness in children under the age of 16, and this is a gap that needed to be filled to understand loneliness across all ages.

While previous questions may have employed a ‘one-size fits all’ approach, we were determined to ensure younger voices were heard by using interviews and asking children and young people directly about their experiences of loneliness – something that was completely new and exciting for our team to undertake. We asked children and young people between the ages of 10 and 24 how they understood terms like ‘isolation’ and ‘companionship’ which are used on existing loneliness measures for adults and which we had decided to test. From this, we realised that the wording for the measures for children aged 10 to 15 should be slightly different to adults aged 16 plus to adequately capture feelings of loneliness in an age-appropriate way.

When we published the analysis for the National Measures, we not only published descriptive analysis, but also our qualitative analysis based on in-depth interviews with children who told us about their experiences and images of loneliness, as well as strategies on how to overcome this. Young people told us that transition points, from school, to college, to university and finally employment were particularly lonely experiences, and something they were not adequately prepared for. Children suggested that telling people you are lonely is akin to admitting a failing. Alongside encouraging social activities for children, finding ways to discuss loneliness more openly was echoed across the young people in the research as a potential solution to chronic loneliness.

“Feeling alone, you feel like you have nobody or you’re kind of like shut away out from the world.” (14 years)

Our latest work was carried out to understand what affects loneliness in children from the ages of 10 to 15. We used data collected by The Children’s Society and carried out a step-by-step regression analysis to test whether a range of personal characteristics and circumstances in children’s lives are significantly related to loneliness and which matter most. We were particularly interested in exploring the relationship between poverty and loneliness, as previous work suggested this may be important. In our first iterations, we found that relative poverty, gender, rural/urban, and area all significantly impacted loneliness reporting.

Media coverage on our research focused on the poverty connection, which showed that children living below the poverty threshold are around two times more likely to report loneliness. Further steps in the analysis ultimately found that children’s happiness with their home, the things they have, and most importantly with the amount of perceived choice they have in life impact even more on the likelihood of reporting loneliness than poverty. This might suggest that children’s experiences of loneliness may be affected less by poverty itself than by the circumstances associated with living in a household in poverty. For example, they may see themselves as having fewer choices and alternatives as well as having fewer or different things than their peers, possibly making it more difficult to ‘fit in’ socially.

DCMS are currently leading on the cross-government strategy to implement loneliness questions on surveys using our analysis and proposed measures. As a result of our exploration into loneliness in children and young people, we have helped to ensure their voices and feelings have been heard and can be used to inform decisions about how best to support them in future. The Children’s Society (who published alongside us) have noted how useful our findings were, offering important additional information on factors that contribute to loneliness among children. In addition to their ongoing work with children and published analyses, Sam Royston who is the Director of Policy and Research, said that “Knowing how loneliness is related to other experiences in childhood can help in understanding the underlying issues and ensure appropriate support is in place for children and young people”.

We’re really excited to see the data from younger ages to older as it starts to be collected over the next few years and how policy makers can use this to help improve lives.

Are there more people diagnosed with cancer?
Understanding the latest migration trends