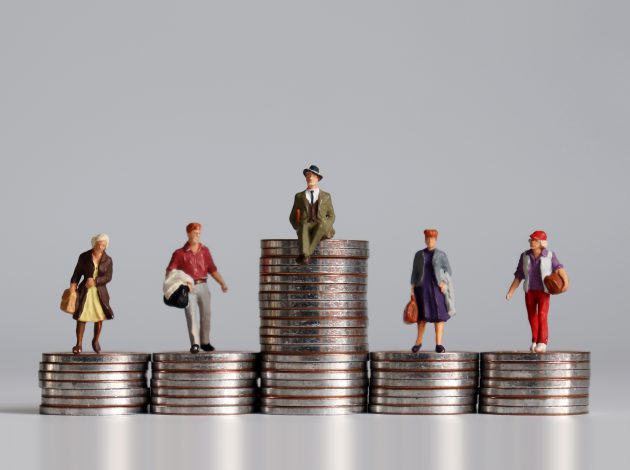 The ONS produces an annual assessment of how the UK’s tax and benefits system impacts the incomes of UK households. Measuring the incomes of the whole population presents particular challenges and recently our findings have come under scrutiny. Here, Richard Tonkin explains how the ONS’ estimates are produced and the improvements under way to make sure they remain reliable.

Measuring how much people in households are paid in wages and receive in benefits, as well as the gap between the richest and poorest, is often a hot topic of debate so it is critical that we can measure them properly.

Here at ONS, our main source of information on household incomes and taxes is the Living Costs and Food Survey. As well as providing incredibly detailed information on how much households earn and receive in benefits, crucially, it also asks what households spent money on too, allowing us to estimate how much they each paid in indirect taxes such as VAT and duties.

Our figures show that while there is a large gap between the pay and other incomes received by the poorest and richest people, cash benefits work to reduce inequality significantly, with income tax and National Insurance Contributions further reducing income inequality. Recently, the Institute of Fiscal Studies produced its own estimates, using slightly different sources and methods. While their results showed some differences to ours, they did paint a broadly similar picture of the impact of taxes and benefits on household incomes.

There’s been some discussion recently as to whether indirect taxes as a whole increase or decrease the gap between the richest and poorest. The short answer is it depends on whether you look at them in relation to people’s income or spending. At ONS, we’ve always produced figures on both bases, as we feel each perspective adds value. Indirect taxes are levied on expenditure and when looking at them as a share of household’s spending, we find them to be broadly neutral, or at least only very mildly regressive, something also highlighted by the recent IFS analysis.

However, there are also important reasons for considering indirect taxes in relation to household incomes, on which basis they appear to widen the income gap between richest and poorest. Those with low incomes don’t necessarily have low levels of spending and vice versa. At some stages of life, people often find themselves spending more than their income – relying either on savings or debt to make up the difference. And, crucially, by looking at them in this way, together with benefits and direct taxes, it’s possible to provide a robust assessment of the overall impact of the tax and benefits system as a whole.

Understandably, some people have questioned whether our household survey is able to pick up the relatively small number of very high-income individuals. We agree, which is why we’ve been working with DWP, building on recent work by leading academics, to adjust our figures for these individuals, based on HMRC administrative data. Today’s release includes experimental figures adjusted for these high earners. These adjustments will be included in our headline figures by the end of this year. At the same time, we’ve been integrating several existing surveys into a single, significantly larger, survey of household finances, which from next year will provide income data for more than three times the current number of households.

The approach used by ONS to look at taxes and benefits is guided both by the latest international standards and close collaboration with leading experts in the field of economic inequalities. One example of this are the new figures on the distributional impact of adult social care provided by the state, based on a methodology developed with NIESR and the Economic Statistics Centre of Excellence.

Getting accurate estimates of the impact of all the taxes paid and benefits received by UK households is challenging, but through our continued expert collaboration on methods, as well as by increasing the sample size of our survey and using new data sources to adjust for higher earners, we’re confident that we’re giving an accurate estimate of the impact of taxes and benefits on the incomes of UK households.

How could new metrics help to end homelessness?
Taxing decisions: How the ONS tells the difference between taxes and fees – and why it matters