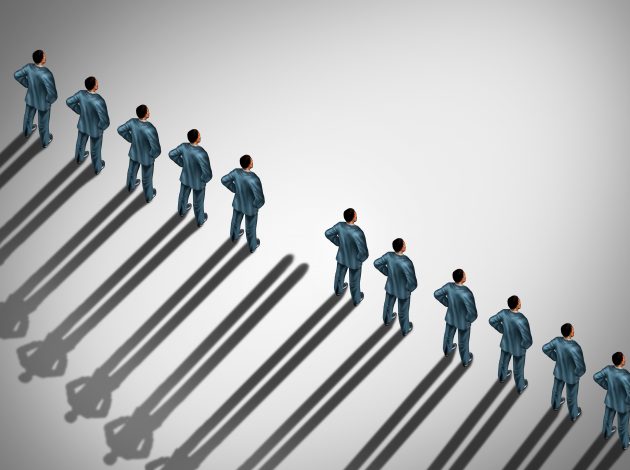 You’re either classed as employed or unemployed, right? Well, wrong, actually – there are three different possible ways people can be classified in the labour market. Here David Freeman looks at the third status, called ‘economic inactivity’ and explains how ONS statistics fully capture people’s involvement, or lack of it, with the world of work and why economically inactive people aren’t just in ‘hidden unemployment’.

Every month the ONS publishes figures on employment, unemployment and economic inactivity. These are measured using the Labour Force Survey – a very large household survey in which we speak to roughly 85,000 adults every three months and ask them what they’re doing work-wise. To distill all this information and classify everyone into one of these three categories, we use internationally-agreed definitions. But what are these, and which groups of people count as ‘inactive’?

It’s relatively straightforward to say who counts as being employed – anyone in paid work (even if that’s not very many hours a week, though as we’ve blogged before, in practice really few employed people actually work extremely low hours). To count as unemployed, someone must not only not have a job, but also be available for work and actively be looking for it. In other words, it’s a count of people who are not working but who are still regularly involved with the world of work through their job search. They are, at least in theory, available to take up work, and so unemployment can be seen as a measure of spare labour capacity.

The economically inactive category, by contrast, are people not working but who don’t count as unemployed as they are either not available or not looking for work (or indeed both). There are many different reasons why people might not be looking for work – for example that they are wealthy enough not to need to work. Other people may have given up looking for work in the belief there is none to found in their locality – what are often called ‘discouraged workers’. To give more detail on this, the ONS regularly publishes a table of the main reasons why people aged between 16-64 are inactive. As at June-August 2019, the biggest category was students (2.3 million), followed by long-term sick (2.1 million) and people looking after family or home (2.0 million, predominantly women). There were also 1.1 million people in this age group who were already retired. The ‘discouraged workers’ group, however, was only 39,000 strong.

It’s sometimes argued that some of these groups are really in ‘hidden unemployment’ and our figures are in some way concealing them. But there are good reasons why the internationally-agreed definitions which we follow are the way they are. For example, it’s been suggested that people out of the labour market because of health problems should be added back in to the unemployment count. But if the definition were widened to include them, it would then stop being a measure of spare employment capacity, as clearly very many people in this group would be unable to work, even if more support were made available to them.

Moreover, the distinction between economic inactivity and unemployment is seen as an important one in economic statistics, as it corresponds with many theories about how wages and employment are determined. Employers, when thinking about how many employees they wish to recruit and the wages they will offer, are likely to be influenced by the availability of people to take the roles on offer. As the economically inactive are unable immediately to take one up, they are not seen as likely to affect those decisions. But the stock of the economically active – those in work or unemployed – are likely to affect wage rates and job numbers. So again the distinction between these two groups in the statistics matters.

It’s important that no-one is hidden in our official data, and that we properly track everyone’s status in the labour market – whether they are in a job; not working but actively seeking to get into work; or whether they are outside the world of work altogether, and if so, why. That is precisely the sort of rich detail that the Labour Force Survey provides us with and that we publish every month.

David Freeman is Head of Labour Market and Households at ONS

People power: how we estimate the economic value of UK citizens
No half measures: using tax data to monitor jobs and pay better