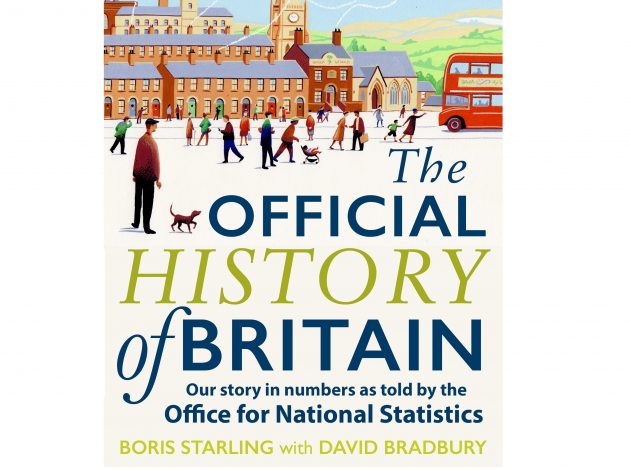 The Office for National Statistics and its predecessors have long charted the lives of the British: our jobs, home lives and strange cultural habits. With questions on occupation, housing, religion and family, the census findings have for more than 200 years informed the economy, politics, and every other national matter. Now, The Official History of Britain: Our Story in Numbers collects these findings into a wonderfully written and entertaining book, written by award-winning author, screenwriter and journalist Boris Starling and assisted by David Bradbury of the ONS. Here David tells us a little more about this exciting project.

What links the official statistics on days lost to labour disputes; the identity of the mystery object that killed Sir William Payne Gallwey in December 1881; a list of occupations including cyber security professionals, 3-D modellers, and dog walkers? The answer is that all these things appear in The Official History of Britain: Our Story in Numbers, a new book by Boris Starling published on 15 October, a project I’ve been delighted to assist with. With a title such as ‘our story in numbers’, you might think that this would be a rather dry look at the history of the UK. In fact, it’s anything but that. It’s intended to use official statistics to answer the questions, who are we; what we do; and where we live, but to so in an engaging, lively and – in the run-up to the 2021 census – timely way. Hence the inclusion not just of some of the important numbers from the census and our other data sources, but also some of the lighter elements (I’m sorry to disappoint Cluedo fans, but it wasn’t either the lead piping or the candlestick that did for Sir William, it was a turnip).

When the idea of this project was mooted, I was fascinated to be asked to support Boris on this book; it sounded just up my street. Of course, at that time we didn’t realise that we were about to be engulfed in a new pandemic that would not only change all the ways we were working but would also send the line on various of our ONS charts – such as the proportion of retail spending that’s done online – absolutely haywire. When the pandemic and the resultant lockdown did hit us, placing many new demands for much-needed new data on all parts of ONS, I thought this book, exciting as it was, might fall by the wayside amid all the other pressures on us. So I’m glad to say that it finally is happening.

I’m honoured, too, that the foreword has been contributed by the National Statistician. As Sir Ian says: “Britain has a long tradition of measuring things about the life of the country with a view to improving them. The ONS remains faithful to its central mission of producing statistics ‘for the public good’ and this book tells our national story through the facts and figures we and our predecessors have gathered down the years.  From it we hope readers will see why we are quietly passionate about what we do and why, above all, it matters so much.” We hope that in the run-up to next year’s census, this book will indeed help bring an increased awareness among the general public about why these numbers matter and why it’s important they all their part by helping us by taking part in the census and the many other surveys that we ask them for their support with.

The Official History of Britain: Our Story in Numbers, by Boris Starling with David Bradbury, is published on 15 October 2020. To find out more and pre-order your copy here: https://smarturl.it/historyofbritain 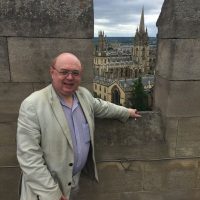 Understanding the full business impact of the coronavirus pandemic
Getting the price right: how we have developed new price measures to show how the pandemic has affected inflation