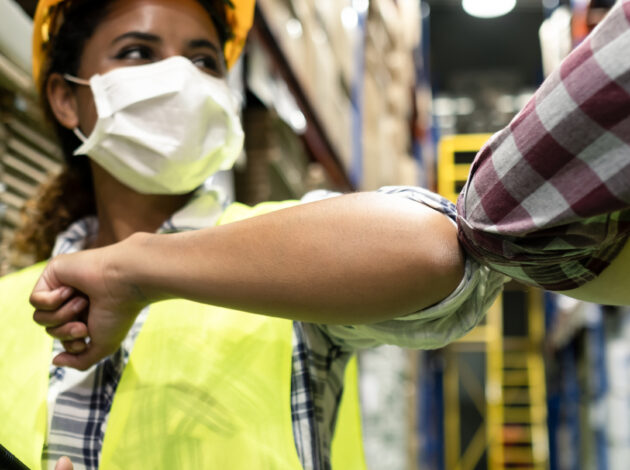 As we have discussed before, the pandemic affected how we collected our surveys, and in some cases created bias in the results. Here Jonathan Athow explains how the upcoming reweighting of the Labour Force Survey to take better account of these shifts will affect our employment and unemployment figures.

The coronavirus pandemic has been a time like no other for the Office for National Statistics. We’ve had to meet a whole series of new demands for data, and we’ve responded in many ways – for example the creation of a whole new national survey to track the spread of the virus.

To give a more timely picture we’ve also worked with our partners to produce new metrics, for example the online job vacancy figures from Adzuna, and to accelerate the timetable for other sources, such as the HMRC ‘real time information’ (RTI) data on the number of employees. These new statistics have really helped us keep tabs on the size and nature of the impact that the virus has had on the UK’s economy and society.

But we’ve been very open in saying that there have been some real challenges from the pandemic, for example the effect it has on the responses we get from our major household surveys. Before the pandemic, our main data source on employment and unemployment was one of these, the Labour Force Survey (LFS). This is a huge survey of households across the country to find out whether people were working, if so what sort of hours they were working and, for those without jobs, whether or not they were looking for work. These sort of questions enabled us to determine how many people were employed and how many met the internationally-agreed definition of unemployment.

However, when the pandemic struck, we could no longer interview people face to face and had to rely only on telephone interviews. This sudden change in how data were collected created the possibility that the LFS was no longer representative of the population as a whole. If the people answering our surveys differ from the true population, this can introduce biases unless corrections are applied.

As 2020 wore on, it became apparent there were indeed problems. We had too many people who owned their homes and not enough renters replying to the LFS. We adjusted for that issue last year, as I blogged about at the time, and we continued to watch for other problems. The one that then emerged was a problem of seeing a fall in the relative number of non-UK nationals responding to our survey, while we saw a relative increase in the response from UK nationals. Using administrative data from government we identified this was another problem of non-representativeness. Again, this is something I’ve already blogged about.

We have now developed a further adjustment to allow for the fact that non-UK nationals are now less likely to respond to our surveys, as we discussed in an article published in May. This will be implemented from this month’s labour market release on 15 July.

Another a distinct but related issue was the fact that the population estimates that feed into published the LFS statistics predate the pandemic, and so do not show its demographic and structural impacts. To address this issue, we are also introducing an additional control in the weighting in relation to the structure of the population by country of birth, using growth rates from the HMRC employee data.

As we are making these changes, we thought it useful to give users an insight into their impact. We have therefore published articles today that set out indicative effects of these new adjustments on the key labour market measures of employment, unemployment and economic inactivity up to the end of 2020. Data up to and including May 2021 will then be published in the release next week.

The indicative figures published today show that the adjustment has only had a modest effect on the overall employment, unemployment and inactivity rates, and certainly the overall picture during 2020 is much the same. When we look at these levels – that is, the number of people in millions – we see larger falls in the number of people in employment compared with our current estimates. Overall, we think this provides a better overall picture of the labour market.

We will continue to monitor our LFS statistics to see if any other adjustments are needed in the future. It is of course worth highlighting that measures such as the HMRC RTI figures, which have been our headline measure during the pandemic, are not affected by these changes, as they do not use the LFS.

Another challenge we have faced during the pandemic is the split between employees and the self-employed. The LFS relies on people telling us their status, and there seems to have been a change in how people respond to our questions. More people are telling us they are employees than before, even though the number of people changing jobs has not increased. The adjustment to the LFS for non-UK nationals will not directly address that issue, and it is something we are continuing to work on.

In parallel, we are continuing to work on the successor to the LFS, the somewhat unimaginatively titled ‘Labour Market Survey’, which will provide more flexibility, including the ability for respondents to reply online, which the present survey lacks. We will keep you up to date on how this is being developed and what the new survey shows.

Getting the right tools – How we are creating wider estimates of GDP
In the balance: Identifying differences between UK and EU trade figures