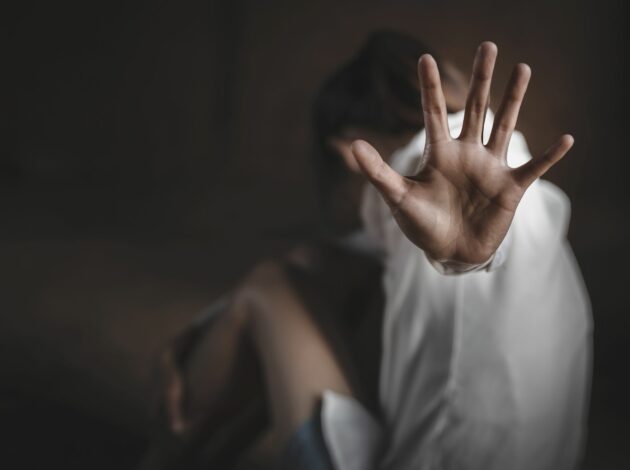 The Office for National Statistics has been working to bring together data sources to provide the best understanding of the scale of domestic abuse, sexual offences and violence against women and girls. However, the impact of the pandemic on survey collection has meant a data gap in understanding the sheer prevalence of these crimes. The ONS has now published its first estimates of domestic abuse and sexual assault in two years. Meghan Elkin explains why a note of caution should be taken in interpreting these statistics.

Our figures show that 5.7% of adults aged 16 to 59 years experienced domestic abuse in the year ending March 2022, no significant change compared with the year ending March 2020 (6.1%).  In fact, there has been little change in the prevalence of domestic abuse in recent years, where it has remained around 6%. These numbers are noteworthy because they are the first we’ve been able to produce which give an insight into the scale of the crime during the pandemic.

In March 2020, the Crime Survey for England and Wales (CSEW) was suspended as the COVID pandemic prevented face-to-face interviewing from taking place. It was replaced by the Telephone-operated Crime Survey for England and Wales (TCSEW) which excluded questions on domestic abuse and sexual assault because of concerns around confidentiality and respondent safeguarding. And while during the pandemic we produced an article on the lasting impact of violence against women and girls, we were unable to update the prevalence figures until now.

Given the key user need for these estimates, we returned to face-to-face interviewing in October 2021 to re-start collecting this data. We now have six months of data collection which enables us to publish some early headline estimates for domestic abuse and sexual assault. However, these estimates do not have accredited National Statistics status. As outlined in a letter to the Office for Statistics Regulation, we have suspended the Crime Survey’s National Statistics status due to quality concerns related to a shorter data collection period and lower response rate.

In contrast to the crime survey figures outlined above, police recorded domestic abuse-related crimes have been increasing and charities saw increased demand during the pandemic. Rather than being indicative of an increase in the number of victims, this may reflect an increase in the severity of abuse being experienced, and a lack of available coping mechanisms due to government restrictions.

The self-completion section of the CSEW was traditionally only asked of respondents aged 16 to 59 years as testing showed that self-completion acceptance declined as age increased.  Having previously increased the age limit to 74, when we returned to face-to-face interviewing in October, we removed the age cap on these sensitive topics completely. As a result, today’s release also includes our first estimates for the 16 and over population, which shows 5.0% have experienced domestic abuse in the last year.

We’ve also been able to include estimates of the prevalence of stalking. More detail will be available on domestic abuse and stalking in our November release.

In contrast, police recorded sexual offences rose by 32% in the year ending March 22 to the highest annual figure recorded in England and Wales (194,683 offences). This included the highest recorded annual number of rape offences to date (70,330 offences). Caution is needed when interpreting these figures as they may reflect a number of factors including the impact of high-profile cases and campaigns on victims’ willingness to report incidents. We’re working to understand more about the increases in recorded crime and will be working with support services to see what additional data and information may be available.

For other crime types, the figures continue to be from the TCSEW. In our “Crime in England and Wales: year ending June 2022” release due to be published in October, we believe there will be sufficient data to publish these headline estimates from the face-to-face CSEW survey. These will be based on 9 months of data collection and will not be National Statistics.

You can read the full Crime in England and Wales: year ending March 2022 bulletin here and you can find out more about what we are doing at the Centre for Crime and Justice over the coming year in our progress update.

Ukraine crisis: How the ONS has responded to the need for better information
Labour & Wages: The tracking of employment and pay across the UK