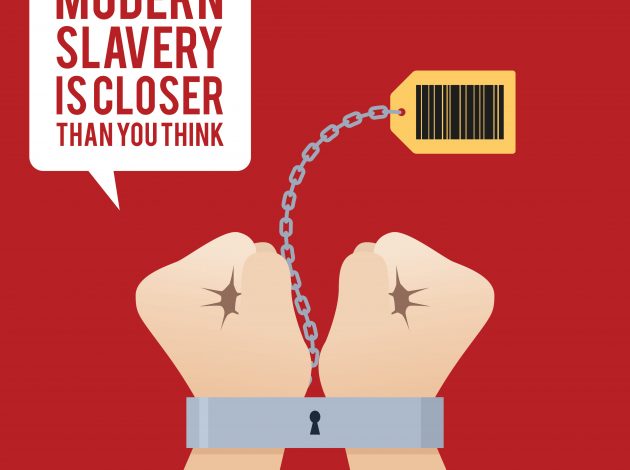 Eradicating forced labour, and ending human trafficking, are two key parts of the UN’s Sustainable Development Goals. Professor Sir Bernard Silverman is a leading academic and public servant who has been working on modern slavery for the past decade. In this guest blog he explains why the latest work of the Office for National Statistics is crucial in the fight against a brutal crime which denies people their dignity, safety and freedom.

Modern slavery takes many forms, usually but not always involving trafficking of people across and within countries. Victims may be coerced into prostitution or otherwise sexually abused; they may become forced labourers in both legitimate and illegal areas of the economy; they may be in domestic servitude or involved in drug dealing or other illegal activities; they may be enslaved or exploited in many other ways, even as horrendous as organ harvesting. The UK was one of the first jurisdictions to bring together all these into a single offence through the introduction of modern slavery acts in England and Wales, Northern Ireland and Scotland in 2015.

Quantifying modern slavery has crucial importance for policy. In the words of my colleague James Cockayne  ‘without good data on where slaves are, how they become slaves and what happens to them, anti‐slavery policy will remain guesswork’.

In the years since the acts were passed, there has been an increase in known potential victim numbers in the UK, and this is probably due to greater public awareness, increases in reporting, and improvements in police recording. For example, in 2018 nearly seven thousand potential victims of modern slavery and human trafficking were referred to the National Referral Mechanism, an increase of 36% on the previous year.

But these are likely to be only the tip of the iceberg. The work the ONS has done today will help do more to shine a spotlight on a truly horrific crime that is largely hidden from view.

Why is it so difficult to measure in the UK?

The diverse and hidden nature of modern slavery makes producing an accurate prevalence measure difficult. Just as in the case of domestic abuse and sexual violence, there are many reasons why cases do not come to light: victims often feel unable or unwilling to report their experiences; some remain under control or are fearful of reprisals; some may not even realise the illegal nature of the exploitation that has taken place. Furthermore, while there has been an improvement in awareness, authorities and the public do not always recognise the signs and criminals deliberately hide victims.

As part of the strategy leading to the Modern Slavery Act, I used multiple systems estimation in a Home Office research report to estimate the number of victims in the UK. This was based on data collected in 2013 and resulted in a confidence interval of 10,000 to 13,000 victims.

But that work was always tentative and is now several years old. While the data and method used may have been the best available at the time, the figure was always likely to be a conservative estimate, and it is probably not possible to get any meaningful comparison by repeating the exercise. This is because of several issues, including changes to the content of some data sources and issues surrounding the statistical model used. It is also likely that the success of the work in supporting the Act has itself changed the nature of the way that victims would appear in a dataset.

An alternative approach has been used by the Walk Free Foundation. Their latest Global Slavery Index, released in July 2018, estimated the number of victims of modern slavery in the UK as 136,000. The approach they took was to use survey data from a number of countries to find risk factors, and then to extrapolate these to all countries in the world. I think the Walk Free work is very important and valuable in identifying risk factors, because it points out what actions could be taken that are likely to reduce modern slavery. However, as I have discussed elsewhere, there are several reasons why the specific estimated number of victims for the UK cannot be regarded as accurate or reliable. For example, none of the countries for which surveys were conducted were anything like the UK. Furthermore, the standard error of each individual country estimate is not far short of the estimate itself, so any confidence interval is very wide indeed.

So, what is to be done? If we are to fight slavery effectively, an evidence-based approach is crucial. Academic, NGO and government research all have an essential role to play in informing the policies and practices that underpin this vital effort.

The value of the ONS’ work

The ONS has deliberately not attempted to estimate prevalence directly. Instead, what they have done is to bring together a range of available data sources on known victims and cases to provide a better understanding of the extent and nature of the crime and of the responses to it.

The work has pulled in data from sources including the Modern Slavery Helpline, the Police, the UK National Referral Mechanism, the Crown Prosecution Service and The Salvation Army. The data cannot be used to estimate whether prevalence is increasing or decreasing, but they nevertheless are very valuable, especially if tracked over time, to understand better the nature of the crime and responses to it, and to highlight the present and likely future demand on support services.

At the time of writing, and well after the ONS compiled the report, everybody’s attention is rightly on the threat to all of us posed by the Covid-19 pandemic. The value of the ONS work on modern slavery will no doubt be longer term. Sadly, every adversity tends to impact most heavily on the most vulnerable in society, and we can only hope that, worldwide, victims of human trafficking and modern slavery are not also disproportionately victims of the pandemic and its aftermath. 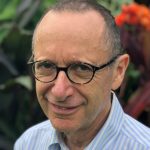 Bernard Silverman was President of the Royal Statistical Society in 2010 and Chief Scientific Adviser to the Home Office from 2010 to 2017. He is now Professor of Modern Slavery Statistics at the University of Nottingham and is also chair of the UK Statistics Authority’s Methodological Assurance Review for the 2021 Census.