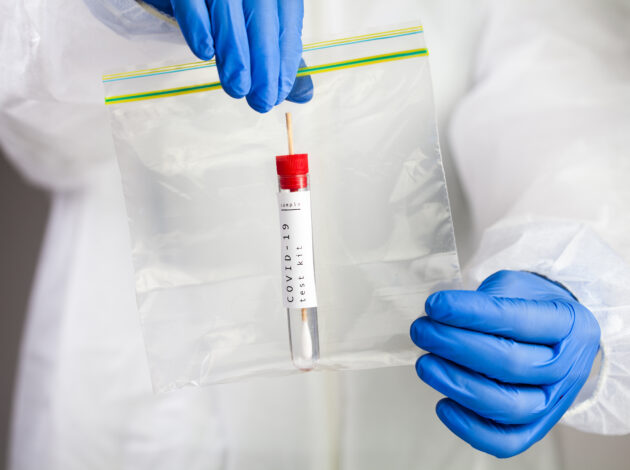 Our Coronavirus Infection Survey participants help us identify COVID-19 reinfections by providing crucial monthly samples for testing. Though the risk is relatively low, it is possible for people to be repeatedly reinfected, even if they believe they are protected by either natural immunity or vaccination.

What is a “reinfection”?

What have we learned so far?

In a technical article we published in June 2021, based on data from our survey, we found that reinfections are rare and typically milder than first time infections. It also indicated that those reinfected tended to carry a much lower amount of virus in their system (known as low viral load) compared to initial infections.

This was critical, as it suggested that individuals may have had a stronger immune response to reinfection than they did with their first infection. Having a stronger immune response means they were less likely to become seriously ill, reducing hospitalisations from COVID-19 and subsequent pressure on our health services. This analysis also revealed that self-reported symptoms were less common in episodes of reinfection than in initial infections.

What are we looking at now?

As we collect more data and expand our reinfections analysis, we are improving our understanding of the duration when people test positive. As evidence emerged suggesting that a 120-day period was more accurate than a 90-day infection period in distinguishing between a reinfection and a long-term infection, we shifted our methods to reflect this.

Since our June publication, we have updated our methodology and discovered that factors such as age, severity of symptoms and viral load can influence your risk of reinfection. Though instances of reinfection are still rare, they are more common now with the Delta variant dominant, compared to when the Alpha variant was dominant earlier in the year.

In addition, reinfections now have a similar viral load as initial infections with the Delta variant dominant and symptoms are just as likely to be reported for first and subsequent infections.

Understanding the risk, and improving public understanding of reinfections is crucial to the ongoing management of the pandemic across the UK. Those previously infected by COVID-19 may be less likely to come forward for testing even if they have symptoms, believing themselves protected by natural immunity and therefore unable to catch COVID-19 again.

We have begun to estimate the reinfection rate, by variant, and will continue to monitor antibody levels to help understand immunity in response to potential developments such as new and emerging variants.