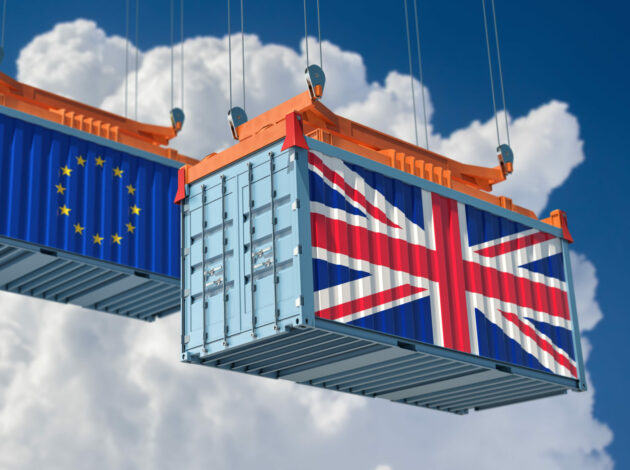 Today we have published the trade figures for January 2022, showing that the UK imported £24.1 billion of goods from the European Union and exported £11.6 billion in return. However, in understanding those figures, it’s important that users are aware of some changes to the way HM Revenue and Customs collect trade data. One effect of the developments in today’s release is significantly to reduce the January figure for UK exports to the EU. Matt Hughes explains what all these latest changes mean for understanding UK trade statistics.

The UK exit from the EU has brought changes to the way trade in goods data are collected by HMRC. These collection changes affect both imports from and exports to the EU, but in different ways.

Changes affecting imports from the EU

As of January 2022, figures for imports of goods from the EU to Great Britain – that is, England, Scotland and Wales – are no longer captured by the ‘Intrastat’ survey (which requires traders to declare the value and volume of goods traded with the EU) and are instead being collected using custom declarations, as already happens for UK imports from the rest of the world. However, the Intrastat survey continues to be used to collect data on goods traded between Northern Ireland and the EU.

As a result of these import collection changes, our EU to GB import statistics from January 2022 are not fully comparable with previous months. However, we have been reassured by HM Revenue and Customs (HMRC) that the strong rise in imports from the EU are predominantly the result of genuine increases in trade rather than being attributed to any collection changes.

Alongside this change to the way we collect our data, HMRC has also announced temporary arrangements for the movement of goods from Ireland to GB, enabling Irish traders to continue using staged custom controls (where they can delay making import custom declarations for up to 175 days) while the Northern Ireland Protocol negotiations are ongoing. This means that statistics on imports into GB from Ireland will be reported on when the good is declared to HMRC and may not fully reflect the period in which the goods were traded.

As the ONS will capture imports from Ireland via custom declarations, this may mean that the official estimates under-report Ireland trade with GB while this temporary arrangement is in place. However, analysis suggests the use of staging is very limited and so any under-reporting will be minor and should not impact the trends for Irish or EU data. We will continue to analyse the staged returns and make users aware should we pick up any changes in the trends published.

Changes affecting exports to the EU

HMRC recently implemented an operational change which took effect from 21 January 2022. This was to improve border traffic flow at several ports, focused on those involved in ‘Roll-on Roll-off’ trade with the EU – this is where goods move on and off a ferry on vehicles, as opposed to being loaded directly onboard a ship. As a result, some EU exports data at these locations will take longer to pass through all system checks and become available for inclusion into reported trade statistics.

This change has amended the assumed departure period from 5 to 15 days – this is the legal requirement to notify HMRC of the departure of goods for export. To give an example: if a trader does not submit a departure notification, then an automated departure will be triggered 15 days after the goods were pre-lodged to HMRC. This effectively completes the customs exports process, confirming the goods have now left the UK.

In light of this change we are highlighting this time series break so users are both fully aware of it and can apply caution when interpreting export trade movements across periods that include January 2022 data.

HMRC analysis indicates that, of the £3.0 billion fall we have reported in exports to the EU for January 2022, around £2 billion (two-thirds) is attributed to this change. It’s not possible to break down impacts to country or commodity level.

Future months will not be affected, as data covering the equivalent number of days moving into the month will also be moved out. Quarterly and annual analysis will be impacted (but to a lesser extent) where January 2022 is included.

This has clearly been a challenging time for the collection, publication and analysis of trade statistics but we are confident that our statistics continue to be produced using the best possible methods. Alongside this, we continue to ensure that we communicate these caveats to our trade statistics to our users. 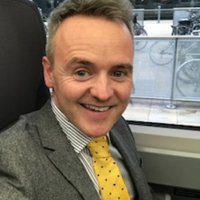 Matt Hughes is a senior statistician at the ONS

The difference between a semi-detached and an end-terrace house
The over-50s and the world of work: what’s happening and why?