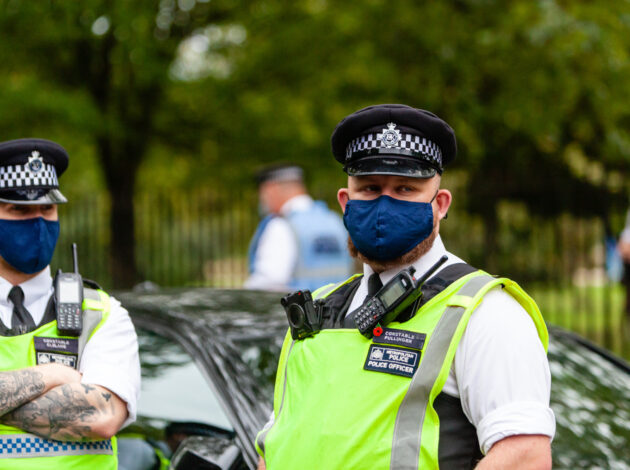 The impact of lockdown restrictions on levels of crime is one of the lesser told stories of the coronavirus pandemic. With large parts of the population asked to stay in their homes, so-called traditional crimes such as burglary and robbery decreased. However, this was offset by rises in fraud as criminals exploited changing behaviours and more reliance of online and phone services. Meghan Elkin explains how today’s first comparable figures to before the pandemic help us understand whether there are sustained impacts on levels of crime.

To best understand levels of crime, you first need to be able to accurately measure it. While there’s no one perfect source, the best way we have is the Crime Survey for England and Wales, where we interview thousands of people each year, asking them about their experiences of crime.

While the crime survey has consistently provided a comparable view of overarching trends, the onset of the pandemic and restrictions placed on all our lives meant we could we no longer interview people in their homes. This presented a significant challenge for us; under these circumstances, how could we continue to provide the best evidence of how crime was impacting on all our lives? To overcome this data gap, we launched the Telephone Crime Survey for England and Wales (TCSEW) in May 2020.

Then in October 2021, we were able to reinstate face to face interviewing through the CSEW and today we’ve been able to provide the first comparable estimates across all crime types to before the pandemic. Caution needs to be taken when interpreting these figures, as the data collection covers a shorter time-period, and we had a lower response rate.

Overall crime now looks to be continuing the downward trajectory of the past decade with today’s figures for year ending June 2022 showing an 8% decrease compared to the year ending March 2020.

Focusing on individual crime types we see a significant decrease in theft which is now 19% lower than pre-pandemic. It’s too early to tell whether this represents a new trend but suggest a sustained impact of COVID-19 on this crime type.

We also see a significant decrease in computer misuse offences which is 27% lower than the pre-pandemic year. This category includes computer viruses, data breaches and hacking. It’s possible that as people went on-line more during the pandemic, they’ve become more aware of precautions they can take against these offences. However, more data is needed to understand if this decrease will be sustained and what the drivers of it are.

Across other crime types, there has been no significant change in the levels of crime recorded in the survey. This includes fraud which had shown significant increases during the pandemic but has now returned to pre-pandemic levels. This suggests the increase observed was specific to the pandemic rather than a sustained change in trends. This has also been seen in other data sources, such as Action Fraud.

What today’s police figures tell us

We don’t recommend using overall Police Recorded Crime (PRC) figures as they are heavily impacted by changes in recording and reporting practices. However, for some crime types that are recorded well, especially lower-volume, higher-harm crimes, we can gain additional insight from PRC data.

For some crime types we’ve seen large increases in the police figures. Such as rape and sexual offences and in stalking and harassment. However, these increases are impacted by a number of factors likely including improvements in identifying and recording offences and an increased confidence in victims coming forward to report these offences.

What does our comparability analysis tell us about trends over the pandemic?

During the pandemic we used the telephone crime survey which differed from the traditional crime survey. Importantly, participants who took part in TCSEW were asked to participate in future waves of the survey at approximately three-month intervals. Other differences are outlined here.

Between October 2021 and March 2022, we ran face to face interviewing as well as on the phone, giving us six months of data from both the TCSEW and CSEW which could be used for comparability analysis we have also published today.

We’ve found there have been no significant differences in estimates between CSEW and TCSEW for most headline crime types. This provides assurance that the main measures of crime were broadly comparable between the two surveys.

For example, looking at computer misuse, it is possible the increased number of offences in the telephone survey may have been the result of asking the same questions at 3-month intervals. This may stimulate respondents to remember less serious offences than they wouldn’t otherwise recall and making them more likely to be reported in the telephone survey.

During the pandemic we had reported increases in computer misuse. Today’s decrease when compared to pre-pandemic levels suggests that any increases were likely to be specific to the pandemic. But our comparability analysis also highlights that these figures may have been inflated during this period.

It’s worth noting that the number of fraud incidents is around 6 times the volume of computer misuse. So while the TCSEW may overestimate computer misuse, the evidence still suggests an increase in overall crime at points during the pandemic.

What does the future hold?

Today’s crime estimates are based on nine months of face-to-face interviewing, so some caution should be taken when interpreting the data. We’ll closely monitor the situation and over time we’ll get more post-pandemic data to fully understand trends. Our next Crime in England and Wales release will be based on a full 12 months of CSEW data so we’ll be able to present a more complete picture in our next quarterly release in January 2023.

Taking care of the carers: Why good workforce data matters in supporting social care
Understanding the impact of crime on society through data