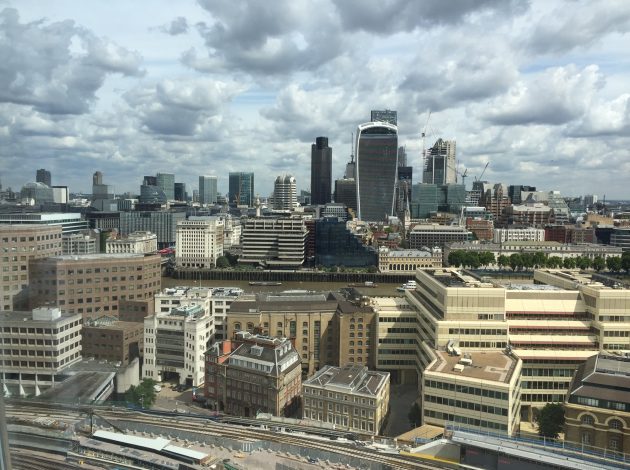 On 14 September 2007, Northern Rock became the first UK bank in 150 years to suffer a bank run. This is typically seen as the first sign of the Global Financial Crisis beginning to unfold in the UK. As we approach the tenth anniversary of this landmark moment, ONS has published analysis of its new ‘Flow of Funds’ data showing just how the risks built up in the run-up to the crisis. Richard Campbell explains…

The new article looks at how our experimental Flow of Funds statistics will help policy makers spot and respond to future emerging financial crises. To help illustrate this, we show how these statistics can help explain and understand the last financial crisis.

The ONS has set up an ambitious initiative in partnership with the Bank of England to enhance the coverage and quality of Flow of Funds statistics in the UK. The centrepiece of this initiative is to develop statistics that will help improve the picture of how money moves in, out and around the UK economy and where risk is building up. The article draws out a number of observations.

Sources of funding. For banks to function, they need to draw on funding. Deposits from households in a bank’s own country are generally considered to be the most stable source of funding. In the lead up to the financial crisis, UK banks became increasingly reliant on other less stable sources as they expanded, thereby increasing their vulnerability.

Links to the rest of the world. In the decade leading up to the financial crisis, the level of activity of UK banks grew quickly, with assets increasing by nearly four-fold (£2.2 trillion in 1997 to £8.1 trillion in 2008). The experimental Flow of Funds statistics show how much of this increase in activity came from outside of the UK. This growth in interconnectedness with the rest of the world increased the UK’s exposure to financial issues in other countries.

Links between formal and shadow banking. Shadow banks are all financial intermediaries that don’t take deposits and don’t have a banking licence. Nevertheless they perform bank-like activities by enabling funds to flow from lenders to borrowers. The experimental Flow of Funds statistics show that there was an increase in activity between the shadow and formal banking sectors – with the funding that shadow banks received from formal banks increasing from £0.2 trillion in 1997 to £1 trillion in 2008. This increased the interconnectivity between the two sectors, meaning that an issue in one of the sectors would have a greater impact on the other.

The chart below shows the assets (money held) and liabilities (money owed) by UK formal banks. The different colours represent who holds the corresponding liabilities and assets. The chart highlights the growth of the overall growth in activity of UK banks, and the increased interconnectivity with shadow banks and the rest of the world in the lead up to the financial crisis.

Who holds assets and Liabilities with UK Formal Banks? 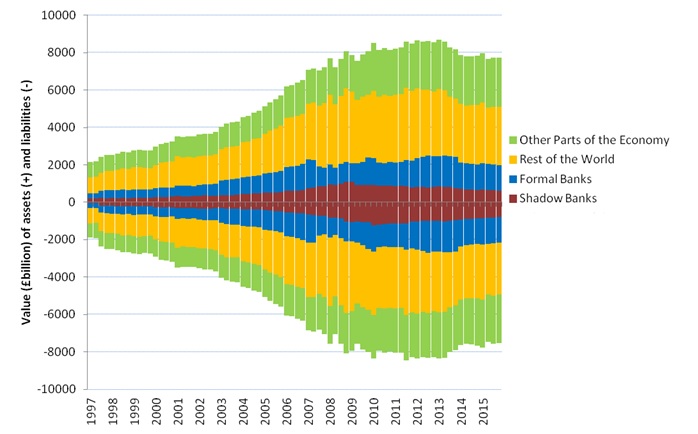 Growth in use of financial derivatives. Derivatives are a financial contract based on a range of potential underlying factors and can collectively be characterised by being both complex and diverse in nature. The experimental Flow of Funds statistics demonstrate that there was a sharp upturn in the sale and purchase of derivatives in the formal banking sector around the financial crisis – £1 trillion derivative assets were recorded in 2004 and by Q4 2008 it reached £7.5 trillion, and much of these were held against other countries. This increase tallies with what we know now about the crisis – how the increased trading of the versatile but increasingly complex financial derivatives was a key issue.

Our article shows the value the Flow of Funds statistics could offer in helping better understand the interconnectivity in the UK financial system. However, we still have a long way to go in ensuring these statistics are as good as they can be. Our focus is improving the quality, coverage and detail of these statistics. This means we will be able to explain with greater precision how and where money is being moved in, around and out of the UK economy. This will enable policy makers to zero in on areas of concern and support the development of more targeted policies and actions.

We have ambitious plans to make this happen – working with the Bank of England and partnering with organisations across the public and private sectors to access, evaluate and use the full range of possible data sources. We will use these data to refine our experimental statistics and will publish early and often to give users early sight of what we are doing and to give them the chance to provide feedback. 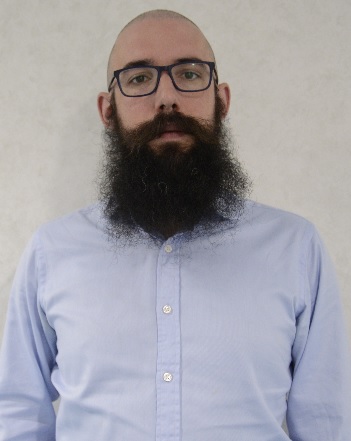