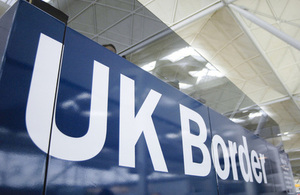 The latest ONS figures show a small decline in net migration. It’s due mainly to a large fall in EU net migration with fewer EU citizens coming here to work. But as Jay Lindop explains, you don’t have to look back too far to see when migration last looked like this.

In the year ending September 2017 net migration was at a similar level to early 2014, following record levels in 2015 and early 2016. The latest headline estimates are similar to last quarter and so here’s some key things to be aware of when looking at the latest data.

More migrants are still coming to the UK than are leaving

Although there has been a small fall in net migration, the latest figures show that migration is still adding to the UK population – with nearly 250,000 more people coming to live in the UK than leaving the UK to live abroad. This is similar to what we saw in 2014, following record levels during 2015 and early 2016.

More EU citizens are coming to the UK than are leaving

Our latest estimates show a fall in the number of EU citizens coming to the UK to ‘look for work’ and it is back to the level seen in 2012, following peak levels in 2016. Most EU citizens leaving the UK are either returning home to live or leaving for work-related reasons.

The number of non-EU students coming to the UK has increased, influencing non-EU net migration, but is back to the level seen in early 2016

This is why we encourage users to look at the longer term trends rather than just year on year changes, especially for the non-EU net migration change this year. Therefore using all the information available to us is so important both now and for our future work programme.

We can’t say whether Brexit is driving these changes

Brexit could well be a factor in people’s decision to move to or from the UK, but people’s decision to migrate is complicated and can be influenced by lots of different reasons. For EU citizens, the stronger economic growth seen in the Euro-zone in the last two to three years might be helping more people to find work closer to home. The International Passenger Survey gathers reliable information on the numbers of people migrating to and from the UK and some of the reasons behind it. But we need to know more about the nature of migration among different groups. So….

There is a strong appetite for ONS to better explain the gap in migration statistics against what needs to be known. ONS is stepping up to the challenge and is working with statisticians in a number of other departments on producing more granular statistics on different groups migrating to and from the UK. For example, last August we published a research update ‘What’s happening with international student migration?’. This research showed that some people do not simply come to study and leave immediately afterwards. Their lives are more complicated which ONS needs to clearly explain when talking about the different groups. Iain Bell – the Deputy National Statistician for Population and Public Policy will be providing an update on our plans in March.

You can see the figures in detail by reading the full ONS bulletin.

Jay Lindop is Head of Migration Statistics at ONS.

How much is the UK worth? The challenges of capturing the value of our nation’s assets
A new way of looking at changing household incomes and prices