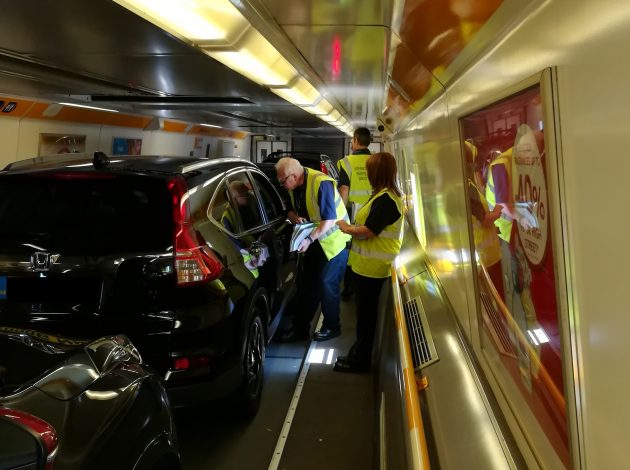 Today we’ve released our latest overall assessment of international migration to and from the UK. Fewer EU citizens are arriving but, as Jay Lindop explains, non-EU net migration is at the highest level since 2004.

Our latest quarterly migration report is the first we’ve published since launching the Centre for International Migration, which is modernising and improving the migration evidence base.

ONS is already using additional datasets from the likes of the Home Office and Higher Education Statistics Agency to develop its estimates alongside evidence from the International Passenger Survey.

The latest figures show that net migration, while relatively stable, continues to add to the UK population.

Decisions to migrate are complex and people’s decision to move to or from the UK will be influenced by a range of factors.

What are the headline numbers?

Non-EU net migration was the highest since 2004, with 248,000 more non-EU citizens arriving than leaving the UK. This was a similar level to that seen in 2011. Increases for both work and study have been seen in the most recent year, particularly for Asian citizens.

EU citizens continue to add to the overall population

The overall number of EU citizens coming to the UK continues to add to the population. An estimated 74,000 more EU citizens came to the UK than left. However, this was the lowest estimate for EU net migration since 2012.

Furthermore, net migration for EU8 citizens has seen a sharp decrease over the last 2 years and it is now estimated that 14,000 more EU8 citizens left the UK than arrived.

Fewer people coming here from the EU for a definite job

The full quarterly migration release is available here. This is the first we have produced in a new, more user-friendly format.

As mentioned, the new Centre for International Migration is transforming the way it produces and delivers statistics. It is not just about providing numbers on how many migrants are coming to and leaving the country. Users are telling us they need more information on the impact migrants have while they are in the UK, including the sectors in which they work, the communities they live in and the impacts on public services such as the NHS and schools.

Our work is continually evolving and soon we’ll be publishing  our latest research into how linked administrative data can help us provide better information about migration and the impact migrants have while they are in the UK. We’ll be giving users the opportunity to provide feedback on our research and overall direction of travel, but more on that in my next blog.

Tags: Migration, Migration Statistics, Statistics
Mind the gap: why the UK might not be the most regionally unequal country
The Twelve Stats of Christmas