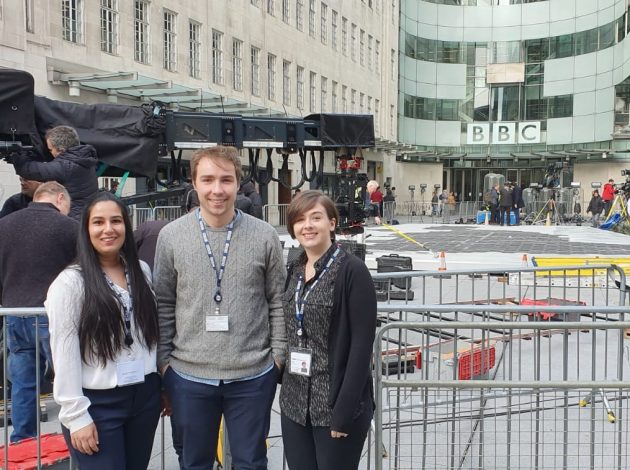 The ONS doesn’t just produce the UK’s most important numbers. Making sense of data is central to our mission too. Miles Fletcher looks back at how impartial ONS expertise again helped the UK’s major news broadcasters to find and interpret statistics in the 2019 General Election.

Most people’s exposure to statistics and data still comes via the media and when general elections come around we at the ONS have a special responsibility to make sure the coverage rests on sound numbers.

In 2015 we took a proactive approach and sent a senior statistician to BBC News to lend his expertise to producers for the duration of the campaign.

After positive feedback we expanded the programme in 2017, sending three colleagues to work with news teams at the BBC, Channel Four and ITV.

The news teams benefitted from our impartial advice and support. The ONS people experienced the rigour of working to tight deadlines in a demanding media environment.

With another election called in 2019 we were delighted to place five members of ONS staff with the BBC, Channel Four and ITV once again. Meanwhile another joined the expert fact-checkers at Full Fact.

And here’s how it went in their own words… 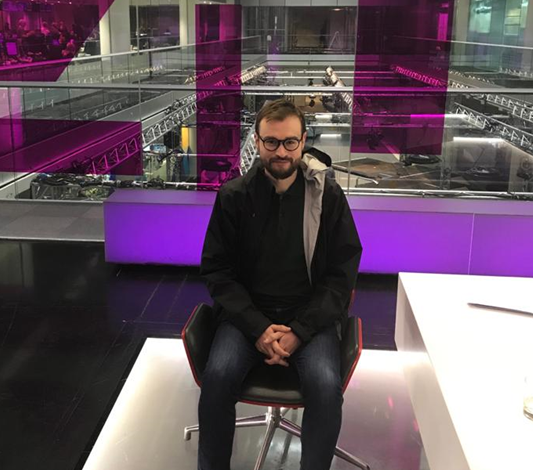 “During my time with the Channel 4 FactCheck Team I worked as part of a team of three to independently and objectively knock down the claims of politicians of all stripes, where those claims didn’t have an analytical leg to stand on.

I was a statistical expert, analysing published data, advising on data sources, and acting as a conduit between Channel 4 and the wider ONS. The latter function was especially pertinent; there are countless ONS colleagues who advised me in a wide range of policy areas, without whom it would’ve been impossible to complete my secondment successfully.

This secondment taught me that we have a vast pool of expertise from which to draw as a department, and how much value we can add when we make the most of this expertise.”

“BBC Cymru Wales was unusually empty for such a large office, partly because they are in the midst of an office move. However, it was not quiet. The news room, political unit and other news teams were working flat out during the election.

On Monday morning I was made to feel welcome and valuable. Straight away manifestos were thrown at me with the aim of understanding the fiscal effect for Wales. How would plans from each party feed into the Barnet Formula and what would the result be?

Seeing the story published online and presented on TV by your colleague, whilst pointing and shouting “I did that” was a highlight.

I found myself perhaps being more useful in simply building up the confidence of journalists and producers to use data, analysis and numbers not just in their narratives, but to fully derive their stories from quantitative data.

Working with a great group of people and swapping the commute on a gridlocked dual carriageway for a couple of miles through parks on the bike was also a huge plus.”

“Based in Broadcasting house, I was in the middle of the election. I mainly worked with the BBC Reality check team to explain and debunk some of the claims made by different political parties. This election kept us busy.

My main role was to help find and explain numbers from various sources including the IFS manifesto analysis to journalists, who would then write up the piece in a way that was less technical.

The most interesting days were when there was an interview with Andrew Neil or when there was a debate. On the debate nights I did the night shift. These were always interesting as we would be checking claims live. Some of these would go on the live webpage or twitter, and were often followed by an article.

On election night I stood outside Broadcasting House to wait for the exit poll. It was an exciting opportunity and I even got to spot some big names in media and politics!” 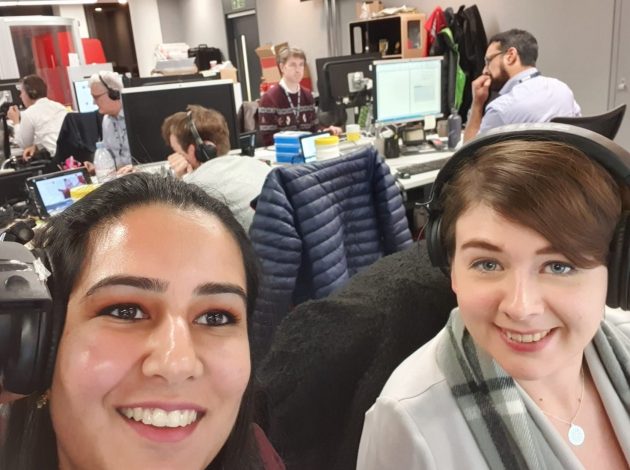 Chloe Gibbs, Co-Head of Trade and Tourism, was embedded with BBC Radio 5 Live

“As I walked up to Quay House in Salford’s Media City on my first day, I wasn’t sure what to expect. I was greeted by the Head of News at BBC Radio 5 live, immediately whisked up to the first floor, and introduced to the editors of each radio show.

Within ten minutes I’d been asked for my take on the Institute for Fiscal Studies summary of party manifestos ready for the Emma Barnett show who were already on air. This was a sign of things to come…

There are no analysts based in Salford with the 5 live team, so I attended each show’s planning meeting and answered questions on a range of topics, from climate change, homelessness and plastic bags to childcare and benefits –very different to the Trade statistics I usually work on.

I quickly realised that it didn’t matter that I wasn’t an expert on those subject areas, what the journalists needed was someone who could quickly and confidently tell them where to find topical, trustworthy statistics.

I also travelled to London to shadow the Reality Check team on the night of the Boris Johnson and Jeremy Corbyn debate, and was on hand to fact check claims live on air.

It was an amazing experience that I would recommend to anyone interested in developing their knowledge of the media and improving how our statistics are used, though it’s not for the faint-hearted.” 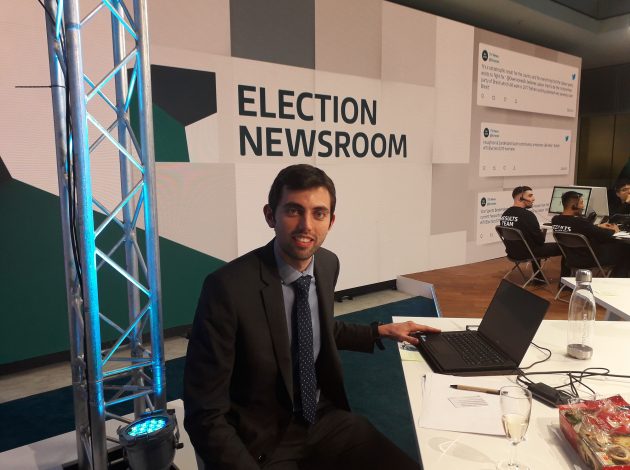 “My time at ITV News was exciting and rewarding. I worked with their Business and Economics editor, Joel Hills, pulling together briefing documents for stories and helping prepare for evening news bulletins.

The work was fast-paced. Joel wanted to know who might be affected by a party manifesto pledge, or changes in public spending, and he’d expect an answer quickly. It was up to me to find it, from a reliable source, or break the news that it couldn’t be done!

The Liberal Democrat manifesto was released on the first day of my attachment, with a huge spending pledge on childcare. I had to be concise. One of the first things Joel said to me was don’t send numbers in a spreadsheet!

He wanted the story behind the data, told succinctly. In his news reports, he had one or two minutes to summarise party pledges or explain an entire issue. The numbers he used had to make an impact.

To cap off my experience, I spent election night in the newsroom alongside ITV’s biggest reporters and some famous political names. It was amazing to be so close to the action during such a defining period.”

“I was seconded to Full Fact, a fact-checking charity, for three and a half weeks during the pre-election period. They were kept busy tracking the claims made by politicians in their electoral campaigns and live fact-checking televised debates.

As debates ran on the office TVs a live transcript popped up, while a state-of-the-art AI highlighted claims as they were spoken. If our deputy editor, Claire, assigned a claim to me I needed to have assessed whether it was right or wrong, or whether there was additional context which needed to be provided, all within a few minutes.

We worked long past normal closing time to edit a round-up that went to subscribers, informing the public debate. In one instance I spent nearly four hours scraping Wikipedia results to find the perfect database to check one fact. It made me reflect that if a dedicated fact checker couldn’t find the right data to evidence a claim then how could we expect the general public to?

Full Fact aims to be impartial and their office environment strongly reflects this. By office policy there are no outspoken opinions on government actions, and no open political affiliations and they balance the number of articles going out about each party. This is different from working in a government policy department, where I have been frank with ministers over the merits of one policy or another.

It was an intense experience, but I learned a great deal that I can bring back to my work here. I would highly recommend the experience to anyone interested in the use of statistics in public debate.  People can apply to be a volunteer here.” 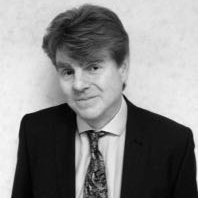 Miles Fletcher is Head of Media and Public Relations at the Office for National Statistics.

Blessed are the cheesemakers?
Understanding the extent and nature of child abuse