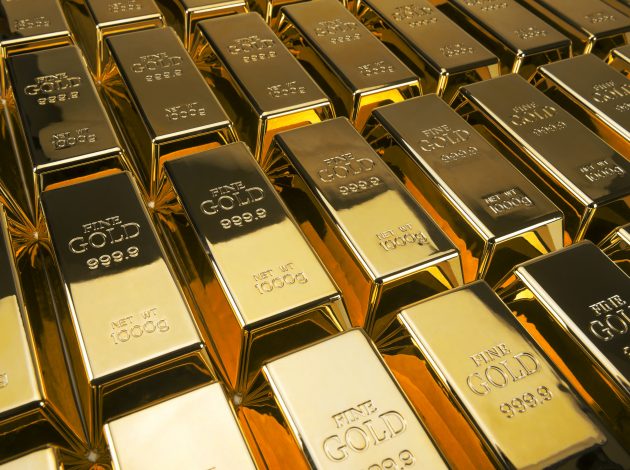 Gold, in addition to being a hit song by Spandau Ballet, is widely used as a store of value. London is one of the global centres of trading in this commodity, meaning it is an important business for the UK. For many countries the effect of gold on their trade figures is small, but the prominence of the industry in London means it can have a sizeable impact on the UK’s trade figures. Jonathan Athow explains our plans to remove these figures from our headline trade statistics from tomorrow.

To be clear, we are talking here about gold bullion – not gold watches. Further, the gold measured in our trade statistics excludes the reserves held by central banks such as the Bank of England. Technically we describe the gold we include as ‘non-monetary gold’. The figures also included other traded precious metals, such as silver and platinum. But, as gold represents nearly 90% of these traded metals, we will just call it gold.

So how does gold affect trade statistics?

The UK’s trade statistics are produced in accordance with international guidance, namely the IMF’s Balance of Payments Manual version 6 (or BPM6 for short). The ONS follows this guidance as it ensures comparability between countries.

The BPM6 outlines two principles for how we treat gold. Firstly, it says that gold should be treated the same as any other commodity, so sales of gold are recorded as imports or exports: if a person in the UK sells gold to someone in France, this is a UK export and a French import.

The second principle in the international guidance is that imports and exports should be measured on the basis of economic ownership. This means we do not measure an import or export when it crosses a border, but rather when someone buys the good – even if it does not immediately leave the country. This will often be a better reflection of economic reality.

These two principles mean that when a foreign buyer purchases gold from a UK owner, it counts as an export even if the gold does not leave the UK. In addition, the gold that has been sold may not even be in the UK. Even if gold owned by a UK company is stored in Switzerland and sold to someone in France, it counts as a UK export to France.

This treatment of gold is out of line with how people might expect gold to be treated, or with economic reality. The more we have looked into it, the less convinced we are that the current treatment of gold really helps us understand the trends in the UK’s trade flows. That is why tomorrow, for the first time, we will publish trade figures excluding gold (and the other precious metals mentioned above).

There are several reasons for doing this. Firstly, imports and exports of gold are GDP-neutral. Most exports add to GDP, but not gold. This is because the sale of gold is counted as negative investment, and vice versa for imports and the purchase of gold. So, the trade in gold creates further problems for measuring investment.

Secondly, because gold is primarily used as a store of value, it is not that different to stocks and shares – but the sale of shares between countries is not treated as an import or export. On that basis, you could argue that gold itself should be excluded from trade in goods (because it is not a good), and only the services connected with the buying and selling of gold counted (as trade in services).

Thirdly, the gold market is very liquid, with many billions of pounds traded at high frequency. The possibility of large swings in such a liquid market means much of the effect of gold on trade (and investment) is just the cumulative effect of trading decisions on the bullion exchanges.

Because a relatively small numbers of firms are involved in the gold trade, publishing detailed figures could be disclosive. However, within those limitations, we are now able to show our headline import and export figures with gold excluded.

Our headline measure will continue to include gold, and therefore will still be internationally comparable. But we are hopeful that the additional information we are publishing tomorrow will add extra understanding to the UK’s trade flows, provide a clearer picture of the impact of gold and give a better picture of the UK’s underlying trade patterns.