In a blog post last week we set out wide-ranging plans to transform the ONS statistics on Research and Development (R&D). Now the results of the first element of this project have arrived as we publish new R&D estimates covering 2014 to 2020. Heather Bovill explains how the numbers have been improved.

For many years a key component of ONS’s R&D figures have come from the ‘BERD’ survey – Business Expenditure on Research and Development – which measures R&D activity by private sector companies. The BERD survey samples businesses that we identify from wider ONS surveys such as our large Annual Business survey. .

However, HMRC produces its own estimates of R&D, based on the amount of money claimed in R&D tax credits, and some have questioned why the ONS’s estimates were lower than these.

HMRC’s data are produced on a financial year basis, whereas ours is calendar year and HMRC’s data includes some R&D performed by third parties overseas. These and some other differences mean you wouldn’t expect the figures to be identical.

Research suggested, though, that the different estimates should be closer and analysis comparing both sources showed many businesses are not accounted for in the BERD estimates. These were small to medium sized businesses and this is due to these businesses having never been sampled by the ONS.

As part of the review of our figures, we reweighted our returns to take account of the types of companies we now know undertake R&D. We scaled them up to how many of these companies we estimate are in the total UK business population.

It isn’t possible to say yet whether these new figures will impact GDP as they have to be balanced against many other sources when producing our headline estimates. These are early experimental estimates and they may be revised a little more in the future, however, they are an important first step in our ambitious plans to transform our figures on R&D. 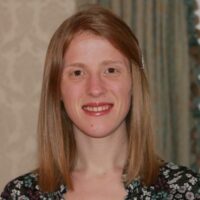 The Power of Innovation: How the ONS is transforming R&D statistics
Taking care of the carers: Why good workforce data matters in supporting social care