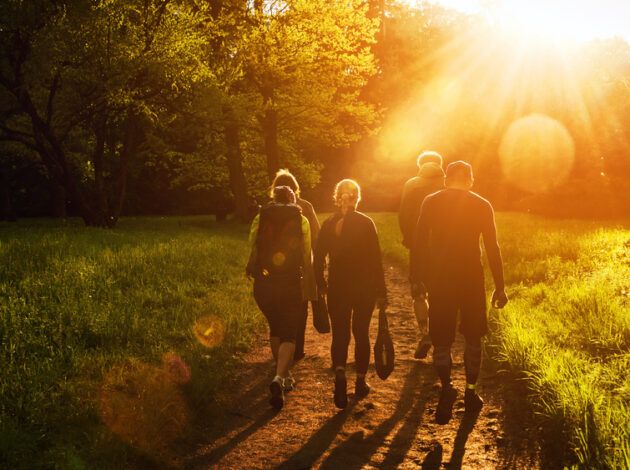 GDP is a well-used metric for measuring changes in the size of economies around the world. However, it has its limitations. Richard Heys writes about the continuing developments at the ONS to go beyond GDP by including measures of the impact of growth on people, the climate and environment.

GDP remains the most commonly-used measure of economic performance. It is compiled by looking at the economy from three perspectives and includes adding up the total value of goods and services produced, bought and sold, public services delivered, money spent and profits generated and tracked over time to see if the economy is getting bigger or smaller.

While GDP is an important tool for economic decision making, is it argued that it is not a good measure of wider welfare or sustainable development. Many past reviews and reports, such as the Stiglitz, Sen and Fitoussi report in 2009, have pointed out the limitations of GDP as an indicator of economic performance and recommended new measures that go beyond GDP.

In a more recent report, the Dasgupta Review of the Economics of Biodiversity in 2021, stressed the need to move beyond measures such as GDP, which do not account for the depreciation of assets, as a primary measure of economic progress and move towards indicators of sustainable development. Dasgupta recommended measures of ‘Inclusive Wealth’ that incorporate the benefits from the natural environment and capture the levels of depreciation. In such times where climate change is an increasingly important phenomenon, these indicators could provide policy makers with a much more complete measure of progress and whether growth is sustainable for current and future generations.

ONS has previously outlined its commitment to Measuring Progress across the UK, to better inform understanding of economic, environmental and social progress more broadly than can be captured purely in Gross Domestic Product (GDP) and we’ve made a lot of progress in that space: bringing climate change insights and quarterly wellbeing insights together on the same day alongside our quarterly GDP release.

As part of this wider commitment, today we go one step further, and I am pleased to say that ONS has published two new articles under the banner of Measuring Progress: GDP and Beyond. The first article introduces the concepts underpinning two new measures; Gross Inclusive Income (GII) and Net Inclusive Income (NII).

Inclusive Income is not intended to replace current GDP. GDP will always be an important tool for economic decision making. Instead, Inclusive Income will complement GDP to provide a broader picture of economic progress. These Inclusive Income measures broadly align with the Inclusive Wealth concepts described in Dasgupta’s Review but measure the value of the flow of benefits we receive from capitals rather than the values of the capital stocks themselves.

Inclusive Income will provide a broader picture by including alongside the flows of benefits from produced capital (which is broadly captured in GDP such as roads, software, machinery and buildings) the benefits we also receive from the wider range of capitals currently outside the national accounts, namely, natural capitals (the stocks of natural assets such as soil, air, water and all living things) and human capital (the knowledge, skills, competencies and attributes embodied in individuals that aid the creation of personal, social and economic well-being), which will provide a more extensive measure of economic progress.

Net Inclusive Income will take a step further by adjusting Gross Inclusive Income for depreciation, such as reduced fish stocks, loss of land due to rising sea levels and people dying or emigrating from the country.

The second article introduces a bridging table that brings together the valuations the ONS already produces of the stocks of produced capital, human capital, natural capital and financial assets to provide an estimate of what we are calling the ‘Inclusive Capital Stock’, which we will use to inform the measurement of GII and NII. We have also calculated a value of the UK’s Inclusive Net Worth which is the sum of all of these assets less liabilities to give a more comprehensive summary of the UK’s wealth position.

This stands at £36 trillion in 2020: a vast number 15 times larger than GDP, which reflects the ever-growing importance of capital within the UK economy, but also three times the size of the traditional net worth measure containing just the assets contained in national accounts, which equals £11 trillion in 2020. This is a clear justification in and of itself for developing wider Inclusive Income measures, to allow policy-makers to consider the drivers of this difference.

These publications mark a further significant step towards measuring the Inclusive Wealth of the UK, which is an incredibly important pillar of our Beyond GDP agenda.

Today we have also published our quarterly update on Climate Change Insights, which focuses on natural and rural environments. It looks at how land use and agriculture contribute to UK emissions, the capacity for different habitats to mitigate climate change, how land use has changed over time and the impact temperature changes are having on growing seasons and breeding habits.

We have also released an update to our Quality of life in the UK. This headline release focusses on updates to 10 of the 44 indicators in areas including personal well-being, what we do, economy and education and skills. This bulletin is accompanied by our National Well-being Dashboard. On 3 October 2022, we launched a review of the ONS Measures of National Well-being. You can share your feedback on what you feel is important to national well-being, our current measures and our outputs, and contribute to the review by filling in our online survey. The survey is open until 25 November 2022.

Uncertainty and the ‘r’ word: What exactly is a ‘recession’?
Understanding climate change through statistics & data