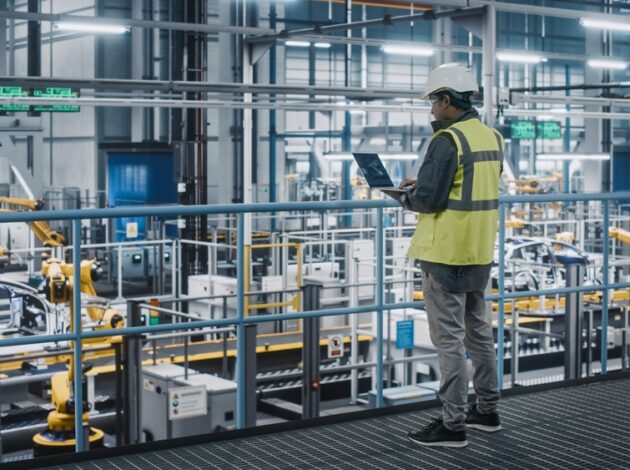 Gross Domestic Product, more commonly known as GDP, remains the world’s most closely-watched economic indicator. Its growth – or lack of it – is used to measure economic progress. A positive GDP reading suggests an economy is growing, a negative one that it’s slowing down. But there is much more to GDP that just one number. In this post Craig McLaren is our guide to how GDP is calculated and how it’s best understood.

In very simple terms, GDP measures how much is produced, how much is spent and how much is earned in the economy over a given period and, also, how this changes over time. But the way we measure it is complex.

There are three district ways of measuring GDP – output (the goods and services produced in the economy), expenditure (money invested by businesses and spending by households and government) and income (business profits, household income and government tax take). These should theoretically add up to exactly the same number. However, we use a huge number of data sources to measure the economy and the data we receive to do so builds up over time as it all becomes available. This means there are small discrepancies between the three measures but we are always transparent where these discrepancies exist.

The most often cited of these is output. That is because, in the short term, it is the measure of GDP that we have the best information about, thanks to our large monthly survey of UK businesses, and so is the basis for our initial estimates of GDP. This is our most timely estimate of GDP and comes out around 40 days after the reference period. The UK is one of only a small number of countries that produce monthly estimates of GDP.

On a theoretical level, the output measure looks at the turnover of all businesses, takes away all their costs, and then removes the effects of rising prices to give a ‘real’ estimate of GDP. However, in the short term, we don’t have information about how costs facing businesses are changing, so our monthly estimate of GDP is simply business turnover, adjusted to take account of price change.

We only balance to output in the most recent two quarters, though. For recent quarters older than the most recent two, we create a simple average of what our output, expenditure and income estimates are showing to create the headline quarterly GDP figure.

For quarters further back, (currently 2020 and earlier), we are able to create fully balanced estimates of the economy, where we have full tax data and detailed information about changes in businesses costs, and the amount of each good and service consumed within the economy allowing us to create our best estimates possible of all the interactions.

Our annually balanced GDP data forms part of our Blue Book publication, which is where we confront our annual datasets at a detailed industry and product basis; and across the three different measures of GDP. This allows us to bring in comprehensive and updated data for our historical time periods. For example, in this year’s Blue Book, we reviewed the 2020 annual data for the first time in detail.  The latest monthly and quarterly estimates for GDP are then revised, using the latest balanced period as a starting point.

At each stage of this process, though, whether receiving later monthly turnover data, when averaging together the three measures or when fully balancing everything together, there is the possibility of our data being revised. However, our previously published research shows that over the time, while we do revise our estimates, these revisions tend to be small – an average revision of around 0.01pp on quarterly growth – and unbiased.

Bringing together the vast amounts of data needed to produce GDP is anything but straightforward, but this data confrontation process is crucial to being able to produce high-quality estimates of our changing economy as quickly as possible.

Craig McLaren, Head of National Accounts at the ONS