With Civil Service Live over for another year, Owen Abbott, Head of ONS’s Big Data Team explains how the team’s attendance sparked a curiosity around data science.

“To be a truly effective modern Civil Service, we can’t afford to stand still. We need to be more skilled, more connected, more inclusive, open to new ways of working, and constantly getting better at the job of advising the government and serving the public.”

Over the last few weeks, thousands of civil servants have been participating in the government’s largest cross-department learning event Civil Service Live.

It is an opportunity for people of all levels to learn, network and share best practice – with the ultimate goal of providing better public services.

One of the themes of the event was “improved outcomes” and as government departments began to realise the value of the data they hold, we thought it would be a good time to showcase the potential of data science to improve the impact on public services.

At each of the eight events, we delivered a session “making better use of data in decision making. The session involved representatives from ONS’s Big Data team and Data Science Campus (DSC) along with colleagues from the Government Digital Service and the Government Office for Science, under the collaborative initiatives of the Government Data Science Partnership (GDSP).

Given that data science is a hot but fairly new topic for many civil servants, we kicked off with a basic explanation of data science using a Venn diagram to show how it brings together skills and technologies to extract useful insight from data 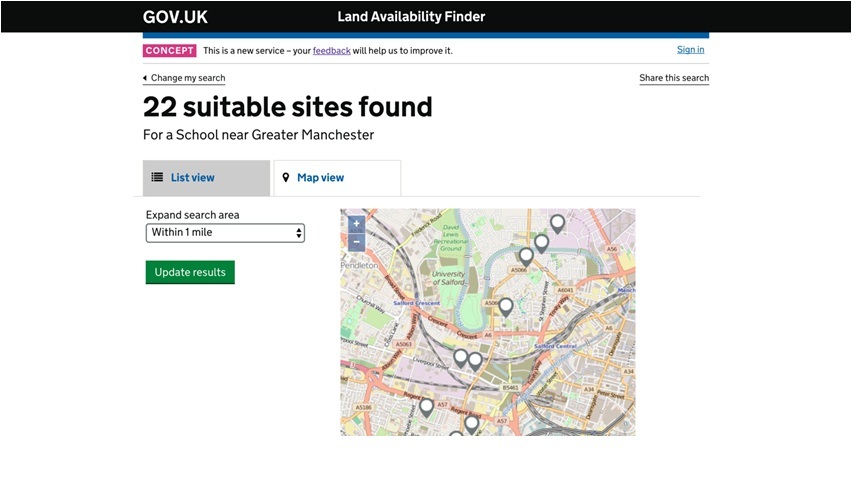 We demonstrated through a range of case studies where data science is currently being implemented across government to help tailor and prioritise interventions. This could mean predicting norovirus outbreaks through social media and enabling more efficient policy decisions such as where to build a school.

At each event we had a guest speaker who described data-science projects within their department. For instance, in London we heard from Defence Science and Technology Laboratory (DSTL) about their platform for data science competitions and in Cardiff Nigel Swier from ONS’s Big Data Team discussed how ONS is making better use of alternative data sources.

Next up @civservicelive @NigelSwier discusses how @ONS are reducing burden on respondents by looking for other data sources #DataScience pic.twitter.com/U8paZW7ULj

One interesting question that came out of the Cardiff event, prompted by the use of social media, was on the ethical nature of accessing data; just because you can should you? Head of ONS’s census Ian Cope was on hand to respond to this, highlighting the importance of the recently established National Statistician’s Data Ethics Committee (NSDEC).

However, Civil Service Live is a learning event, so it’s not just about what we are doing, but how we are doing it.

Over the last year, we have been steadily growing data-science capability across ONS and government to provide staff with the skills they need to realise the potential of an increased variety of data sources. With the launch of the DSC earlier this year, the capacity to build these skills has been given a boost.

During the talk we covered how GDSP is supporting civil servants to equip them with the data-science skills they need through a variety of learning pathways. These include the:

The GDSP is also supporting data scientists across government to deliver best practice by developing and disseminating data-science standards, guidance and frameworks.

As you can imagine there was an eagerness to learn more about the training opportunities, eligibility criteria and how certain professions in the statistical community can access the programmes as part of their continuing professional development (CPD). At the Birmingham event the majority of questions were around learning and development.

Independently, ONS has established a Data Science Learning Pathway, where staff have been provided with numerous opportunities to build their skills from the ground up. Through courses such as introduction to R, staff have gained programming skills using open-source software for manipulating “big data” and creating interesting visualisations.

Around 10 people have benefited from the Data Science Learning Academy (DSLA) mentoring scheme, which provides a pre-identified business problem or project that requires the application of data-science techniques. Trainees have the opportunity to learn new skills and develop a possible prototype for future real use. The data-science skills learned are also shared with work colleagues. Finally, a new Apprenticeship in Data Analytics has been launched that provides hands-on vocational training and opportunities within ONS for those interested in starting a career in data science.

Overall our attendance at Civil Service Live sparked a curiosity around data science, often described as a unicorn due to its mythical qualities!

Hopefully next year we will see a whole new suite of case studies where data science is driving the better use of data for better decisions.