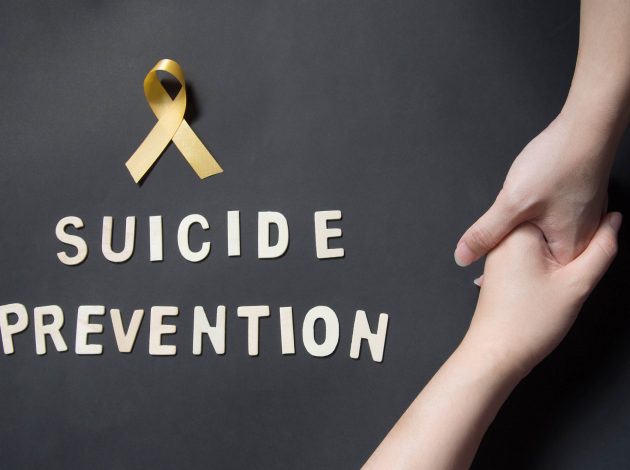 Every year, organisations and communities come together on World Suicide Prevention Day to raise awareness of how we can create a society where fewer people reach the point where they feel suicide is their only option. Ben Windsor-Shellard from the ONS, along with Magdalena Tomaszewska and Mette Isaksen from Samaritans, reflect on the latest suicide figures and analysis of suicide rates by local area deprivation.

On 1st September 2020, the Office for National Statistics published 2019 statistics about suicides registered in England and Wales, showing that 5,691 people had died by suicide. Behind every statistic is an individual, a family, and a community devastated by their loss. According to the figures, the 2019 suicide rate for England and Wales was 11.0 deaths per 100,000 people, the highest seen since 2000.

Annual suicide statistics are vital for understanding the demographics of those who take their own life and can help inform decision makers and others that are working to protect those most at risk. This year the ONS and Samaritans have teamed up to look at how one key risk factor – living in a deprived area – has affected suicide rates over the past decade.

The impact of deprivation and suicide

The gap between the most and least deprived areas was generally not seen among those aged 20 years and below, particularly in men, and in those of retirement age. For these ages, it’s likely that risk factors other than deprivation are more important. For young people, risk factors include adverse childhood experiences, stressors such as academic pressures and relationship difficulties, and recent events such as bereavement. For older people, psychiatric illness, deterioration of physical health and functioning, are known risk factors. 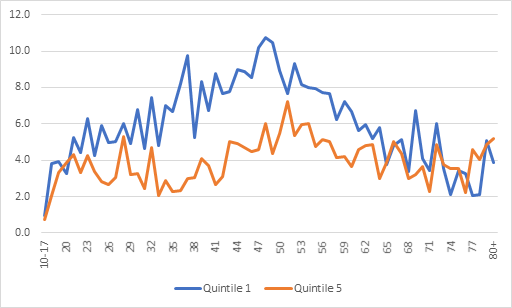 Why are suicide rates higher in deprived areas, particularly in middle aged men?

Suicide is rarely caused by one thing. A complex mix of social, cultural, psychological and economic factors interact to increase an individual’s level of risk. But we know from research that unemployment is a key risk factor for suicidal behaviour in men along with economic uncertainty and unmanageable debt. While recent Samaritans research has also found that a lack of both social connection and purposeful employment has a particular effect on less well-off, middle-aged men’s wellbeing.

The impact of deprivation on suicide rates in Wales

The impact of the COVID-19 pandemic on suicide rates

The impact of the pandemic, both economically and emotionally is a major concern for suicide prevention. The latest ONS figures show that there were over 700,000 fewer people on payroll during lockdown, and the most deprived local areas have been affected the most, in terms of mortality. Additionally, almost one in five adults (19.2%) were likely to be experiencing some form of depression during the COVID-19 pandemic in June 2020; almost double the number before the pandemic (July 2019 to March 2020).

The coronavirus pandemic has led to new challenges for all of us, however, a rise in suicide rates is not inevitable and we will not know whether the pandemic has affected suicide rates until the UK-wide statistics are released next year. But we do know that suicide is preventable, and that’s why it’s essential people are supported through this difficult time before they reach crisis point.

If you need to talk, you can contact Samaritans on 116 123 at any time or visit the new self-help tools on the Samaritans website.

Other sources of support include Papyrus – a national charity dedicated to the prevention of suicide among young people; The Campaign Against Living Miserably (CALM) works to prevent male suicide and offers support services for any man who is struggling or in crisis; other services and support can be found on the NHS website. 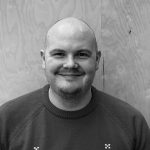