The Office for National Statistics is working to assess the impact of the pandemic on the UK population. Crucial to this will be understanding how international migration has changed over the past 12 months. Becca Briggs, David Freeman and Rich Pereira explain how the ONS is meeting the challenge and what that means for our population, migration and labour market statistics.

There’s significant public and policy interest in how employment, population and migration have been impacted by the Covid-19 pandemic. At the same time the pandemic has affected our ability to collect data – including the need to pause face–to–face surveys. We have been open about this and, indeed, the measurement challenges we have faced more generally. We thought it would be useful, though, to provide an update on some of these challenges, how we are addressing them, the progress made so far and our next steps across each of these areas. This includes exploring where we can bring earlier insights ahead of our planned publication cycle to help better inform users.

Understanding changes to the labour market

As set out above, one of the big challenges we have faced as an office in recent months is adapting our estimates in the absence of face-to-face surveys. We are confident that our headline labour market rates for the UK remain robust and reliable during the pandemic period. In response to the demand for new analysis, we have also introduced innovative sources of data, including ‘real time’ information from the tax system, in order to produce timely and granular insights on how employment has been affected.

The labour market estimates derived from the Labour Force Survey (LFS), which will next be published tomorrow has already been adapted to reflect the challenging circumstances under which data must now be gathered, to take account of a fall in the proportion of rented households responding to the survey.

We are continuing to monitor the data, including new information on the population, and further work will explore whether this means further adjustments are justified.

Another important point that has been raised is whether all those out of work are being captured correctly in our estimates. The LFS divides the population into those working – either as an employee or self-employed – and those not working. The latter group are further divided into those who are available and actively looking for work and thus meet the internationally agreed definition of unemployed, and the remainder who are ‘economically inactive’.

During the early part of the pandemic we saw a higher proportion of people moving from employment into the economically inactive category as they were unable or not willing to look for work during the restrictions.  This trend partly reversed as restrictions were eased but has resulted in fewer people in unemployment than might have been expected.

In addition, we also have a cohort of people who tell us they are employed but are not currently being paid.  These people nevertheless count as ‘employed’. At the start of the pandemic they numbered around 650,000 but have now fallen to around 278,000. We have reported on this topic, previously.

Understanding changes to the population and migration

ONS publishes official population estimates for the UK on an annual basis. These are based on the previous Census and rolled forward each year to take account of the numbers of births, deaths and migration. Our next estimates, covering the period to mid-2020, are due to be published in June 2021. These will provide the official numbers relating to overall population change during the first part of the pandemic period.

The 2021 Census for England and Wales will take place in March. This will, in time, provide the most robust and comprehensive picture of the population possible.

We recognise however that users are keen to understand what changes have occurred to the population and migration ahead of this. We are working to make use of all available data to provide insights ahead of our planned publication schedule.

We are aware that there has been some speculation in recent weeks, including some based on Economic Statistics Centre Of Excellence (ESCOE) analysis derived from the LFS, that the number of non-UK born workers and, consequently, the population as a whole, has significantly decreased due to people leaving the country.

That analysis presents, as the authors have stressed, “illustrative calculations rather than a fully worked-through attempt to “correct” the published LFS statistics”. They note that their estimates could perhaps therefore be viewed as an upper bound on the likely fall in the non-UK born population and that of the population as a whole. It is good to have this research and challenge and as noted earlier, it is an area that we are already looking at.

It is worth noting, though, that although the LFS, and the associated Annual Population Survey (APS), provide important information on the characteristics of the resident population, including breakdowns by country of birth and nationality, they are not designed as a direct measure of long-term international migration to and from the UK. We have always made this clear, and this has not changed as a result of the pandemic. The surveys are also not a direct measure of the size of the UK population, and the responses are weighted up to our overall population estimates.

Key to understanding population change will therefore be better understanding of the impact the pandemic has had on international migration patterns.

The pandemic has caused a significant disruption to international travel and migration flows and patterns. This is clear from the Civil Aviation Authority, Home Office and Department for Work and Pensions data that we reported on in a previous article. In addition, our previous main source of data for measuring migration, the International Passenger Survey (IPS), was suspended in March 2020 due to the impact of the pandemic on data collection.

We are therefore working at pace to transform migration statistics and are moving towards the use of administrative data to deliver new measures of migration (Admin-Based Migration Estimates, ABMEs), bringing together new data from across government. We will publish an update on this important work soon.

The ONS recognises the significant policy and public interest in how the population and labour market have changed since the pandemic began. We are confident that our headline labour market rates for the UK remain robust and reliable during the pandemic period. We are also continuing to work closely with colleagues across the Government Statistical Service to use all available data to draw earlier insights on the population and provide the best possible evidence to users. 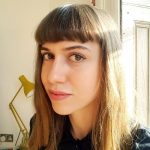 David Freeman is head of Labour Market and Households

How could a new survey help us understand the scale and nature of child abuse?
Painting the full picture: what our statistics tell us about the labour market