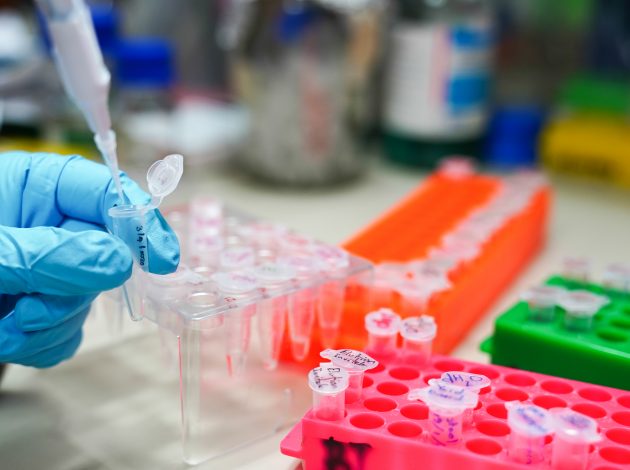 In mid-November 2020, a new variant of the coronavirus (COVID-19) was identified in the UK. For several weeks afterwards the Office for National Statistics (ONS) reported positive cases we called “compatible with the new variant” alongside all other positive cases. Now the new variant has become an established part of the pandemic picture we are updating our reporting of it. Sarah Crofts explains more.

Our data on the latest number of positive infections for all variants of Covid-19 is calculated from the COVID infection Survey – the national survey of around 380,000 people who provide nose and throat swabs regularly for testing, regardless of whether or not they have symptoms. These swabs are tested for the presence of 3 coronavirus genes, N gene, S gene and ORF1ab. The test can have a number of outcomes. A negative result is when the test finds none of the genes present and a positive result is when the test finds either one, 2, or 3 of the genes (with the exception of the S gene on its own, which is not a reliable indicator).

The new ‘UK’ variant has changes in one of the genes, the S gene, which means the test no longer finds it, even when the virus is there. This means that swabs with lots of virus, where we would previously have found all 3 genes will now only find the 2 other genes, ORF1ab and N genes. This pattern of test results (finding just these 2 genes) suggests the infection is compatible with being caused by the new UK variant of the virus.

The new variant isn’t the only possible reason for finding just these 2 genes in a test swab. It is well known that coronaviruses mutate, and other variants of the virus may give positive results on the same 2 genes. However, lots of work has been done reading the entire genetic code of coronavirus in the UK which confirms nearly all the cases where we find just these 2 genes are, in fact, the new UK variant.

From mid-November, there was an increase in the numbers of swabs that tested positive for the N and ORF1ab genes (not the S gene). These tests were clustered geographically in London and the South East. From mid-November, this type of positive case, which we called “compatible with the new variant” increased in these areas and then started to spread to other parts of the UK in December.

When someone gets coronavirus, their viral load starts low, then increases before declining again as they fight off the virus. So, the viral load will be lower in swabs taken soon after a person is first infected, or when they are recovering from the virus, than in the middle of their infection.

As the new variant becomes more widespread and established in the community, we will see more infections with it in our study which are older and so have lower viral loads. Rather than finding both ORF1ab and N genes, we might only find one. This makes it more difficult to identify with certainty whether the virus is actually the new variant (where we would never find the S gene, even if the viral load was higher) or not (where we would find the S gene if the viral load was higher).

Different variants still all result in a COVID-19 infection, which makes it important to regularly measure and monitor infection rates so decisions can be made to control its spread and see the impact of lockdown restrictions and the vaccination programme. What’s important for this purpose is the overall infection levels, including all variants, which we will continue to publish regularly.

Some people are interested in the different viral loads and genes detected in the testing process. Therefore, to provide greater clarity on the different gene combinations we detect as part of the survey, today we have published alternative charts in our bulletin. We show the different gene combinations and the numbers of infections compatible with the new variant (as we have done previously) and have also included the numbers of infections clearly not compatible with the new variant because all 3 genes have been detected.

We have also added a new category in which the virus is too low for the variant to be identifiable. We will now focus our weekly bulletin on the total infections in the UK, as this provides a meaningful overview of the level of virus present in the community population, regardless of variant.  Our data tables will contain the breakdown of the positive results by different gene combinations so further interpretation and analysis is possible.

Painting the full picture: what our statistics tell us about the labour market
Minding the Gap: Why has UK GDP fallen so sharply in the pandemic?